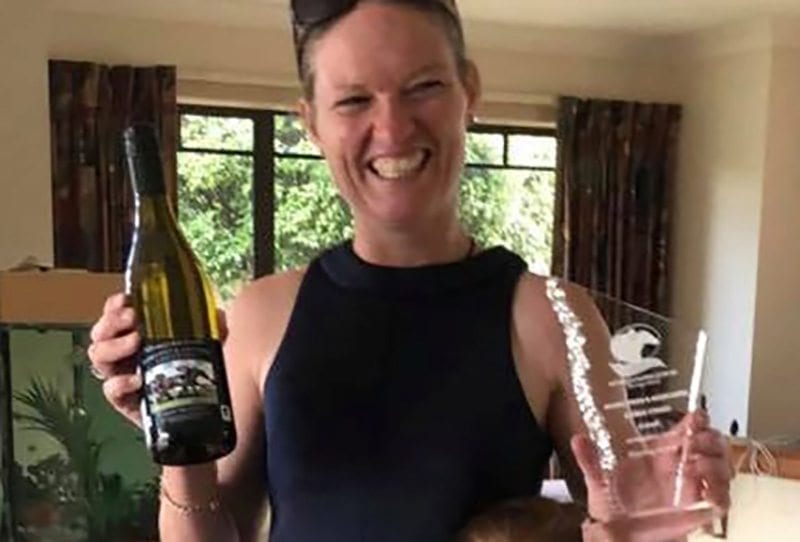 Satherley, who celebrated her eleventh anniversary with her husband and former successful jumps jockey Derek Satherley on Sunday, picked up her seventh career black-type victory on Saturday, her first in 14 seasons.

“It was pretty awesome, it was a good day,” Satherley said.

“It was Derek and my wedding anniversary on Sunday, so it was a pretty good weekend all round really.”

It had also been a long time between drinks for her mount Show The World, who had been off the winner’s list since taking the Hamilton Cup (2000m) at Te Rapa three years ago.

After being third-last and a shade closer at the 600 metres, Satherley urged Show The World along rounding the home turn and the son of High Chaparral wound up to grab victory right on the line by a nose from Our King Sway.

“I’ve ridden him in a few gallops and was rapt to get the (raceday) ride,” Satherley said. “It was a top run and though it was close, I thought we’d got up.”

The mother of two is noted as one of the hardest-working jockeys at the Cambridge training track and her input over the years has benefited many owners and trainers, particularly with troublesome horses.

Satherley is usually on outsiders in black type races, but no matter the form of her mount she always gives it her best shot. That was the case again over the weekend when Show The World returned the long odds of 16/1.

Although happy to win another stakes race, it was more her share of the $31,250 winning stake which meant most to Satherley as both she and her husband strive to give their two daughters, Sophie and Krystle, every chance in life.

“Riding is a job for me and one I love,” she said. “But in the end the girls mean more to me and Derek than anything. Winning races like this helps a lot, the pay check makes a big difference.”

She has regularly ridden trackwork for Murray Baker and Andrew Forsman and said the win meant even more riding for the country’s leading trainers.

“Winning a race like that means a lot riding for Murray and Andrew who I ride a fair bit of work for and do a lot of work on their Group One horses.”

Meanwhile, Satherley rode a horse on the Matamata undercard that has the potential to take her onto further black-type success.

She rode first-starter Pop Star Princess for Cambridge trainer Fred Cornege in the Proisir 1400. Satherley rode her positively in front, only being run down late by the Group Two winner Contessa Vanessa with the Gr.1 Levin Classic (1600m) winner Age Of Fire chasing her home in third.

Satherley helped educate Pop Star Princess and she had been aboard in her two trials wins at Cambridge.

It was a performance which suggests Pop Star Princess could help put much more money in Satherley’s bank account to help raise her two pride and joys, Sophie and Krystle. – NZ Racing Desk.