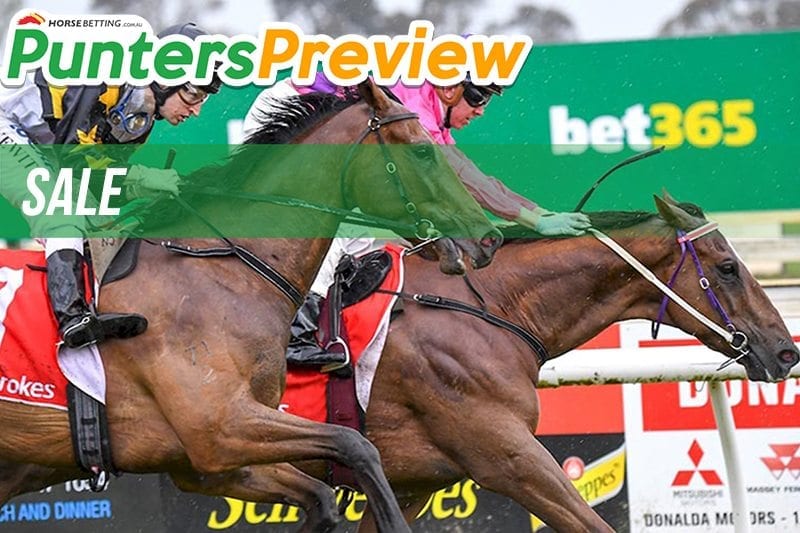 THERE’S only one meeting in Australia after the abandonment of Nowra, but thankfully a great day of racing awaits at Sale.

There are a number of runners were keen on in the country locales of Victoria, so let’s take a look at which runners we’re favouring.

Looking for a new bookmaker ahead of Sale?

Rubyanna Jane has placed in four-straight races and is overdue for its first-ever win. The horse is drawn well to go forward and take this out and breakthrough at the sixth time of asking.

The Rouseabout was only half a length away from breaking through on February 14 and looks well placed to win at the second time of asking. The Hard Spun gelding will benefit from the extra trip and weaker company.

Race 2 tip: The Rouseabout to win at Neds

To call Circomo the consummate bridesmaid would be an understatement. The Freedman-trained gelding has finished second in five of its six career runs to date against much tougher company than this. The three-year-old should be much fitter following two return starts and we’re backing it in to finally deliver.

Riverdance Lad is in good form and will be hard to hold out. Only once this preparation has the horse missed out on the top-two across four runs and we believe it can record its second career win on Tuesday.

Alpha was a strong winner on debut at Pakenham on February 15 and looms as a good chance to remain undefeated. The horse did the business over the mile under duress and it should be suited by the additional trip.

He Ekscels was terrific upon its resumption at the Sapphire Coast and it should be even fitter for that run. The first-up win was the first time it had won after a break and it has a second-up placing in the past. It all bodes well for a quality performance.

Race 6 tip: He Ekscels to win at William Hill

Thieving Minx is in hot-form this preparation. After a first-up fourth, the horse won before finishing only three parts of a length on February 8 at Pakenham. The horse was only just missed out at this grading last time out and it will be right in the mix once again.

The hat-trick seeking Coral Rose has won back-to-back events at this level, albeit against fillies and mares. The horse is back against the blokes but is more than capable of delivering three-straight.