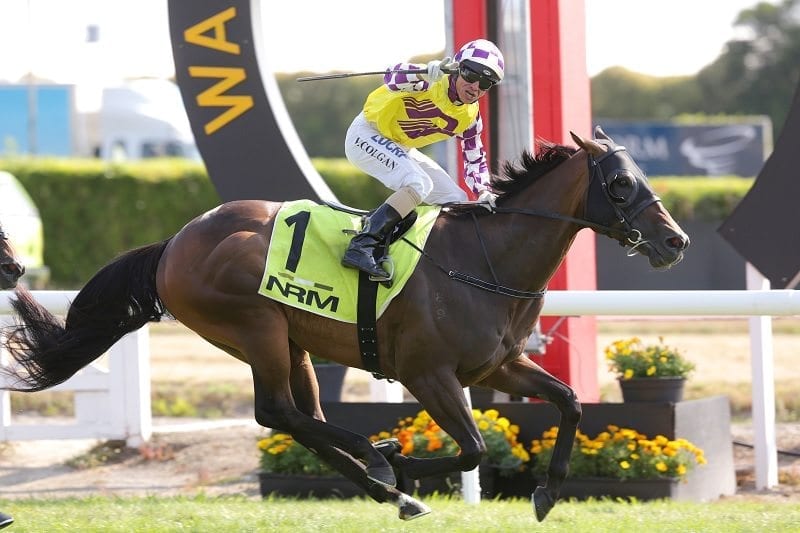 TOP sprinter Sacred Star is on the right track for a fresh-up tilt at the Group One Sistema Railway at Ellerslie on New Year’s Day.

Sacred Star has not raced since a three-start Queensland Winter Carnival campaign 16 months ago, but the galloper proved at Tuesday’s Matamata trials the fire still burns brightly.

It was Sacred Star’s second trials outing since it last raced and the horse showed improvement on its unplaced trials effort at Cambridge earlier this month.

Contesting an open 1000-metre heat, Sacred Star was always travelling well for rider Troy Harris back in fifth or sixth position and he was allowed to coast to the line when finishing fourth to Solomon.

“He just cruised up on his own,” Harris said.

Trainer Tony Pike was also thrilled with the hit-out and quick to give the tick of approval to press on towards a Railway start.

“He’ll have a go at the Railway fresh-up,” Pike said.

“He was fresh-up when he won the Telegraph (in 2015) and the set weights of the Railway will suit him. Instead of carrying 59 kilos he will get in on 55 and that’s a nice weight for him.

“He’s still carrying plenty of condition so he’ll have another trial at Te Aroha and maybe an exhibition gallop after that.”

Sacred Star was also fresh-up when it contested last year’s Group One Railway and he produced a good effort for fourth to Ryan Mark. The son of Flying Spur was the New Zealand Champion Sprinter of the Year for 2014-15 as a result of his Group One double in the Telegraph and NRM Sprint.

Though the eight-year-old missed all of last season, it hasn’t been idle.

“He has had a lot of foot problems so we sent him up to Moira Murdoch and she did a lot of beach work with him,” Pike said.

“We just wanted to tick him over while the tracks were wet.

“He’s been back with us since the Cambridge trial and we’ve been happy with him.”

Pike also saddled up his smart three-year-old Haussmann in the Sacred Star trial and, though the son of Pour Moi tailed the field and finished in the rear group, he was pleased with the showing.

“The 1000 metres was always going to be too short, but he’s being set for the Derby so we want to get him relaxed,” Pike said.

“He relaxed well at the back and ran past others after they passed the post. I liked the way he kept going.”

Pike plans to start Haussmann in the Group Three Hynds Holding Ltd Bonecrusher Stakes at Ellerslie on December 9 then map a path to the Group One New Zealand Derby on March 3.

Haussmann has won twice and been runner-up on a further two occasions in his six starts. The first of those wins was in the Listed Great Northern Foal Stakes at Ellerslie last May.