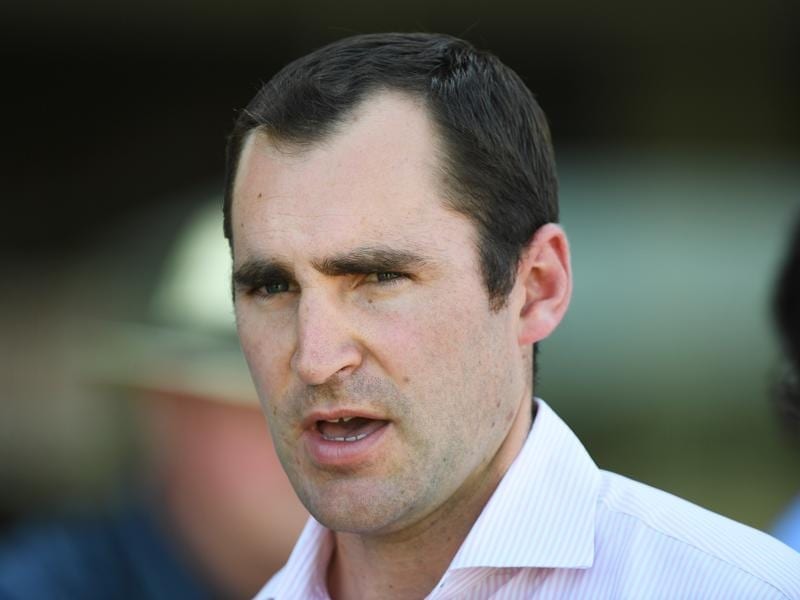 Trainer Archie Alexander is looking for a second Bendigo Guineas, this time with Saccharo.

Trainer Archie Alexander has a second-straight Bendigo Guineas in his sights with Saccharo who is on target for the Listed race for three-year-olds.

Alexander won last year’s edition of the 1400m-race with filly So Far Sokool, who scored by four lengths, and the trainer is optimistic about the prospects of Saccharo on Saturday.

Saccharo was gelded after his spring campaign last year which included a fifth in the Group One Caulfield Guineas and fourth in the Group Three Carbine Club Stakes (1600m) at Flemington.

He resumed with a close third in a 1200m-class one under a big weight on his home track at Ballarat this month and Alexander is convinced the step up to 1400m will suit him on Saturday.

“We won it last year with a horse that wouldn’t be as good as him, so I’d like to think he will be a decent chance.

“I thought his first-up run was good. He had a big weight and things didn’t really go right.

Jordan Childs, who has ridden Saccharo in six of his seven starts, is booked for the ride again in the Bendigo Guineas which has attracted 33 nominations.

The Bendigo meeting is the main Victorian meeting on Saturday and also features the Golden Mile which is a Listed 1600m handicap, and the $250,000 VOBIS Gold Rush (1000m) for two-year-olds.

Alexander is aiming Saccharo towards the $300,000 VOBIS 3YO Sires (1600m) at Caulfield on April 27 on the Victorian Owners and Breeders race day.

“That’s where we want to end up,” Alexander said.

“It’s a race for very good money, for three-year-olds only and VOBIS-only horses, so it looks a good race for him.”