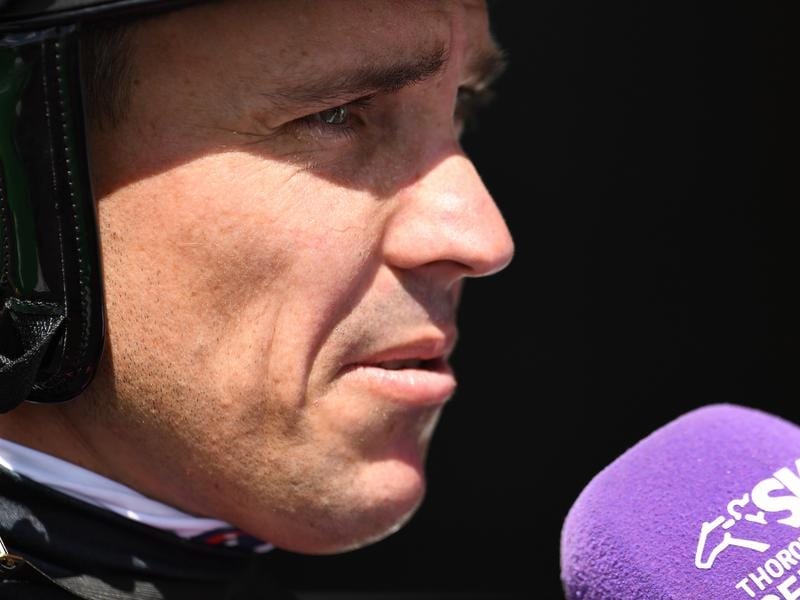 Jockey Ryan Maloney has struck immediate success at Doomben on his return from injury.

Jockey Ryan Maloney has made a winning return at Doomben after being sidelined for several weeks by injury.

Until Wednesday, Maloney had not ridden since April when he was injured in a fall at Caloundra.

The jockey moved from Victoria to Queensland in August last year and has ridden 74 winners despite interruptions with injury.

“I took just one ride today and I have the ride on Coldstone in the Eye Liner Stakes on Saturday to ease back in,” Maloney said.

Trainer Stuart Kendrick will resist the temptation to press on further into the winter carnival with impressive Doomben winner Written With Ease.

After being backed from $2 to $1.45 Written With Ease got a rails run in the straight before being too strong for a two-year-old maiden field.

It was a big drop in class for Written With Ease who had raced in stakes class at her previous three starts including her previous run in the Group Two BRC Sires’ Produce Stakes.

Kendrick has the option to send Written With Ease to the Listed Winning Edge Stakes (1400m) at Eagle Farm on Saturday week.

“But I don’t think we will go that way. She will probably go out now and after a spell I think we will have a nice three-year-old filly,” Kendrick said.

“She had no luck at all in black-type races this winter with wet tracks and interference. But she showed what she can do when fourth in the Listed Bill Carter Stakes.

“The idea today was to get a city win beside her name.”