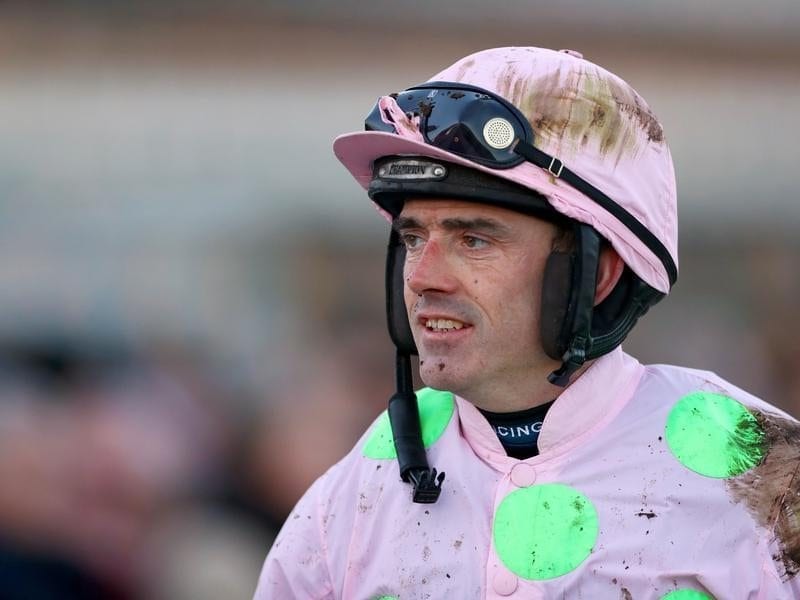 Champion jockey Ruby Walsh has re-injured his leg in a fall at the Cheltenham Festival.

Champion jockey Ruby Walsh will miss the remainder of the Cheltenham Festival after aggravating the broken leg injury which had kept him on the sidelines for the previous four months.

The most successful rider in Festival history was hurt when he parted company with Al Boum Photo at the penultimate fence in the second race of the day on Wednesday (Thursday AEDT) , the RSA Insurance Novices’ Chase.

He was taken to Gloucester Royal Hospital for X-rays and further assessment and his leg was put in a cast.

“My right leg is in a cast and the fall opened the fracture at the back,” Walsh told Racing UK.

The 38-year-old rider only returned to competitive action last Thursday, after suffering his original injury at Punchestown on November 18.

His sister and agent Jennifer said he would see his consultant in Dublin next week for further assessment.

Another sister, Katie Walsh, won the final race on the program, the Grade One Champion Bumper, on the Willie Mullins-trained Relegate.

Mullins said Paul Townend was the likely rider for Un De Sceaux in the Ryanair Chase but there was no decision who would replace Walsh on Killultagh Vic in Friday’s Gold Cup.