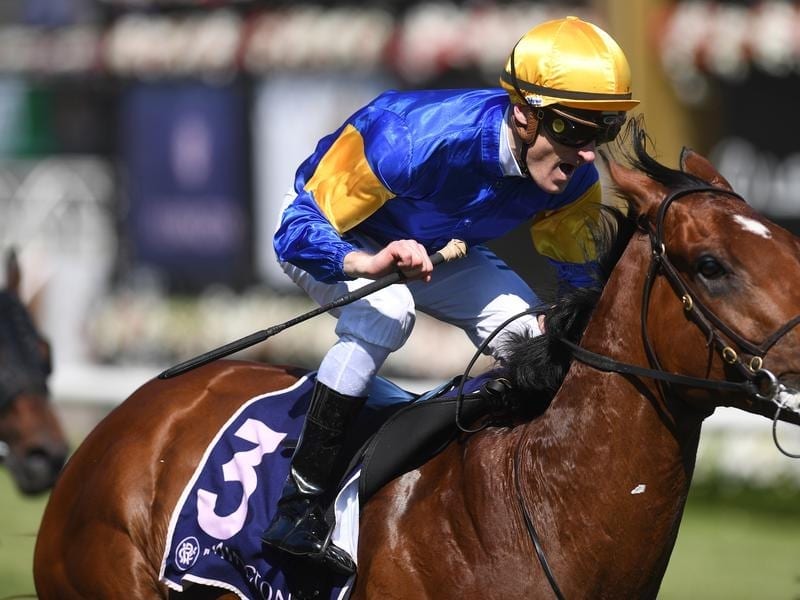 Sprint star Santa Ana Lane could be aimed at Royal Ascot after claiming his fourth Group One win.

A tilt at England’s biggest sprints are among options for Santa Ana Lane who has taken his Group One tally to four with victory in the VRC Sprint Classic.

Sam Freedman, assistant to his trainer father Anthony, said he had come through Saturday’s star-studded race in good order and would now have a break before his next campaign was mapped out.

Feedman said the Diamond Jubilee (1200m) at Royal Ascot and the July Cup over the same distance are among races to be discussed but much would depend on whether connections decided to target races at home such as The Everest.

“The owners are pretty keen on Royal Ascot so Dad will definitely give it some thought,” he told broadcaster racing.com.

“It’s the same with the July Cup.

“He’s won a Group One at 1350 metres so he’s a really good candidate for it if we decided to go that way.”

This year he has won Adelaide’s premier sprint The Goodwood (1200m) and the Stradbroke Handicap (1350m) in Brisbane as well as the Sprint Classic.

He finished midfield in the $13 million Everest last month on a heavy track at Randwick after beating stablemate Shoals to win the Group Two Premiere Stakes.