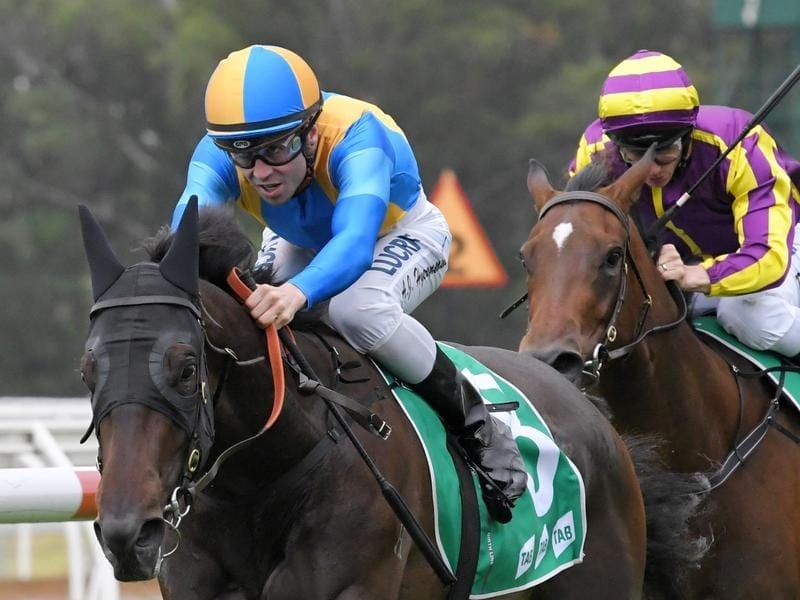 Rosina Kojonup raced up to her promise as well as an impressive pedigree with her Warwick Farm win.

Trainer Bjorn Baker is adamant it won’t be long before Rosina Kojonup makes own name on the racetrack after the well-related filly won with authority at Warwick Farm.

As it stands, Rosina Kojonup is best known as the younger sibling of last year’s Golden Slipper winner She Will Reign.

She is also the older half-sister to Time To Reign, unbeaten in two starts to be one of the favourites to win next year’s Golden Slipper.

But Baker is certain Rosina Kojonup will add to her family’s growing reputation after she scored a 2-1/4 length win in the TAB Rewards Handicap (1100m).

“She’s still got a long way to go but she’s exciting because she’s got speed,” Baker said.

“You saw her tactical speed there. She just jumps and travels and it’s very nice to have her in the stable.”

She Will Reign will go down as one of the bargain buys of the Australia turf as a $20,000 yearling while Time To Reign sold for $325,000 this year but is worth much more than that now as future stallion prospect.

Sent out a $2.80 favourite after winning at Hawkesbury, Rosina Kojonup made a seamless transition to city racing in beating Bare Naked Lady.

Two wins in the space of seven days have put Tulloch Lodge filly The Art Of The Bar in contention for a Magic Millions Guineas start.

The three-year-old backed up from a Warwick Farm win over 1200m last week to score over the same course in the ANZ Bloodstock News Handicap.

Making it three wins in four starts since returning to racing in October, The Art Of The Bar raced outside the leader before assuming control on the turn.

The Art Of The Bar is trained by Gai Waterhouse and Adrian Bott and firmed from $15 to the third line of betting at $11 for the $2 million Guineas over 1400m at the Gold Coast on January 12.