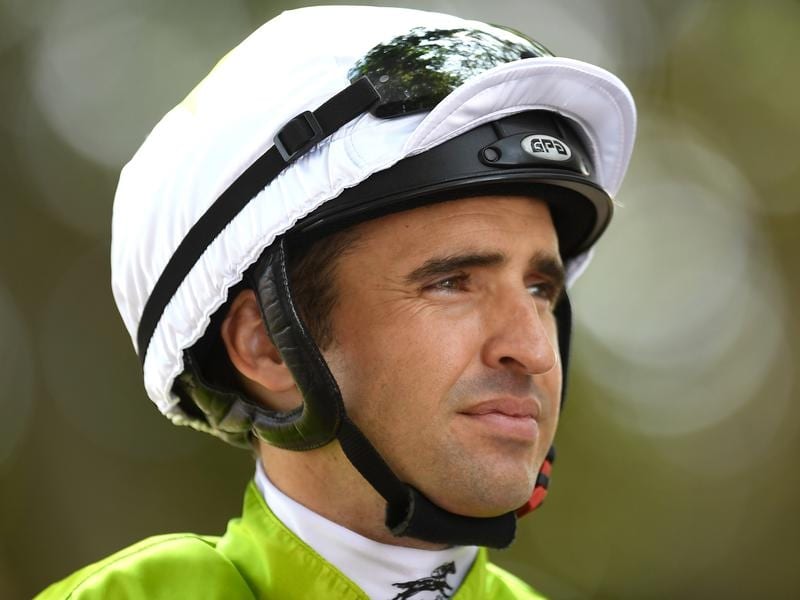 The “unlucky” Apple Tart gave connections an Easter to remember on Monday, winning a QTIS 2YO Maiden Handicap at Doomben.

The Stuart Kendrick-trained filly found the front early from the inside alley under Michael Rodd and was able to control the tempo from barrier to box.

“It was only an out of season maiden on a wet track, but it feels like she has some good ability,” Rodd said.

It was only a field of four on Monday, but the daughter of Sebring was dominant, coming home with margins of 0.3 and 6.5 lengths on the other placegetters while running only half a second slower than the Benchmark 65 later in the day.

Having had just the three starts prior, the filly had been unlucky according to Rodd.

“In her few starts she’s had she has been pretty unlucky,” the jockey said.

“She’s copped heavy bumps and I can see how her race would be over because she’s only a fine thing and any bump she’d cop you could see it would end her.”

Kendrick opted to apply blinkers for the first time on Monday, which was a winning move in the end, despite the shades affecting her winning margin.

“Blinkers on today and she was really good,” Rodd said.

“She won quite easily; it just looked like I was busy on her but she just didn’t know the other one (Alert and Ready) was there.”

Apple Tart had previously finished 4.5 lengths off star Queensland filly Sweet Dolly in the Listed Calaway Gal over the Summer Carnival, which Rodd believed to be a good push given how well Kendrick places his horses.

That theory was backed up again later on in the afternoon when the Sunshine Coast trainer had his second winner of the day with All To Do proving too good in a Class 2 over the 1050m.

It was a copy-and-paste job from earlier in the day when Apple Tart saluted, with Justin Huxtable taking the four-year-old to the front from barrier one and going on to win by 3.5 lengths.

Racing returns to Doomben on Saturday for a nine-part metropolitan card which will be previewed by our Queensland form analyst.