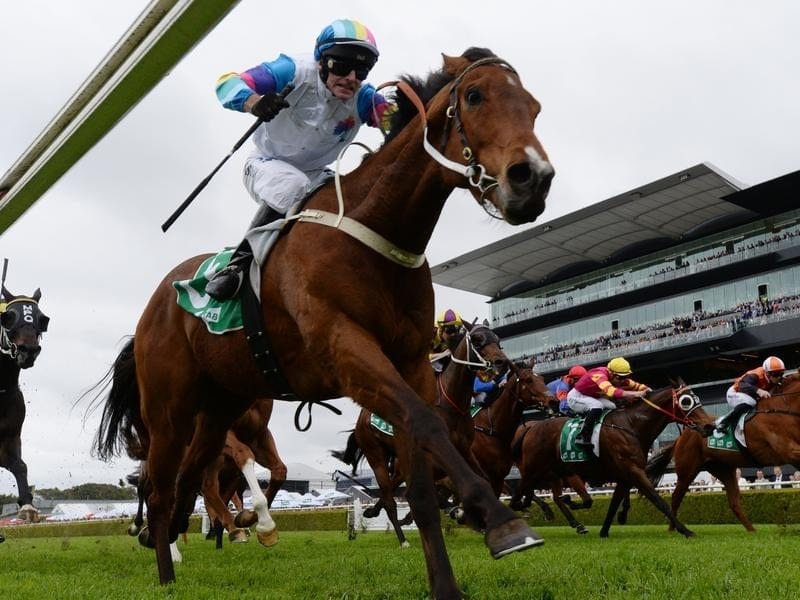 The man who has ridden more winners in Australia than any other jockey has added one of special significance at Randwick.

Robert Thompson has combined with his good friend, trainer Rod Northam, to claim Saturday’s $200,000 Anniversary Highway (1400m) for country-trained horses on the support program for the $10 million Everest.

Thompson wore a set of silks that represent the Where There’s A Will Charity in memory of popular Scone identity Will Carrigan who committed suicide at the age of 24 on Christmas Day two years ago.

“It means a lot to win the race and hopefully it can bring more awareness to the charity,” Northam said.

“It has been set up to bring awareness to all types of mental illness and two educate people from primary school right through to TAFE.”

Northam is based at Scone while Thompson, who has ridden more than 4500 winners, lives on his farm at Cessnock in the Hunter Valley but travels far and wide to ride.

Thompson stuck to the inside on After All That ($11) and held off a late surge from the favourite Suncraze ($2.70) to win by a half head.

“We’ve been together for a long time and Robert has pulled out one of his special ones today,” Northam said.

“The shortest way home is the fence. That’s what he always says.”

Although Thompson has also won Group One races, he likes to keep close to his roots.

“Special thanks to my trainer Rod who really mapped this race out a long time ago for this horse and the plan has come off,” he said.

“It is like winning The Everest for us battling country people.”

Readers seeking support and information about suicide prevention can contact Lifeline on 13 11 14.