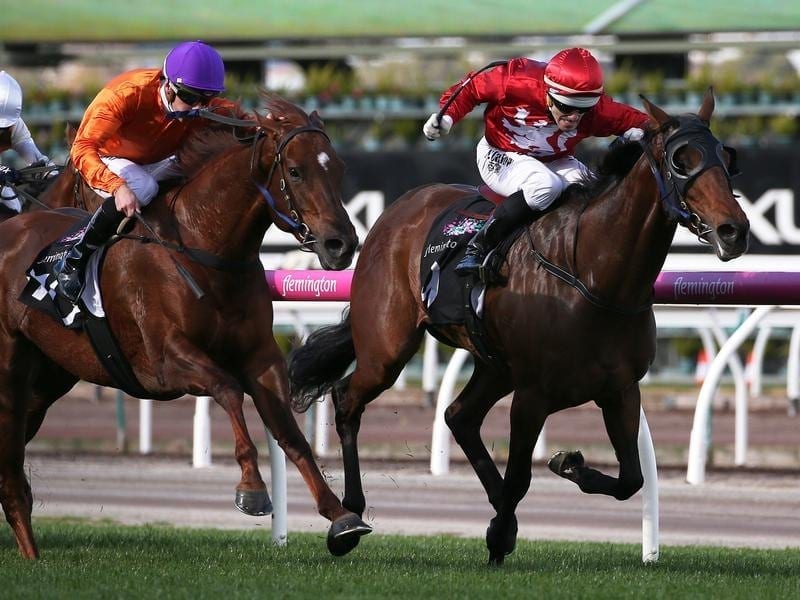 Remember The Name (right) will take on colts and geldings as she attempts her third-straight win.

Weight has been the telling factor in the decision to target the Silver Bowl Series Final with in-form filly Remember The Name who will be chasing her third-straight win at Flemington.

Remember The Name won against fillies second-up at Flemington two starts ago over 1400m before beating her male rivals last Saturday week over 1600m at the same track.

“It came down to the weights,” Matt Harrington, from the O’Brien stable, said.

Remember The Name would have carried 60kg and given between 3.5kg and 6kg to all her rivals in the Rivette Series Final.

She has 55.5kg in the Silver Bowl Final and goes up 1kg after carrying 54.5kg last start.

Remember The Name is the only filly in the 11-horse field and Harrington said she heads into the race in super shape.

“We’re confident enough that she’s good enough to be competitive against the boys,” he said.

The O’Brien stable has a runner in six of the nine ‘finals’ on Saturday, with the meeting the culmination of a number of winter series races in Victoria.

Among the stable’s chances is in-form stayer Lycurgus who has won three of his past four starts, with a second in the other, and is the favourite for the Banjo Paterson Series Final (2600m).