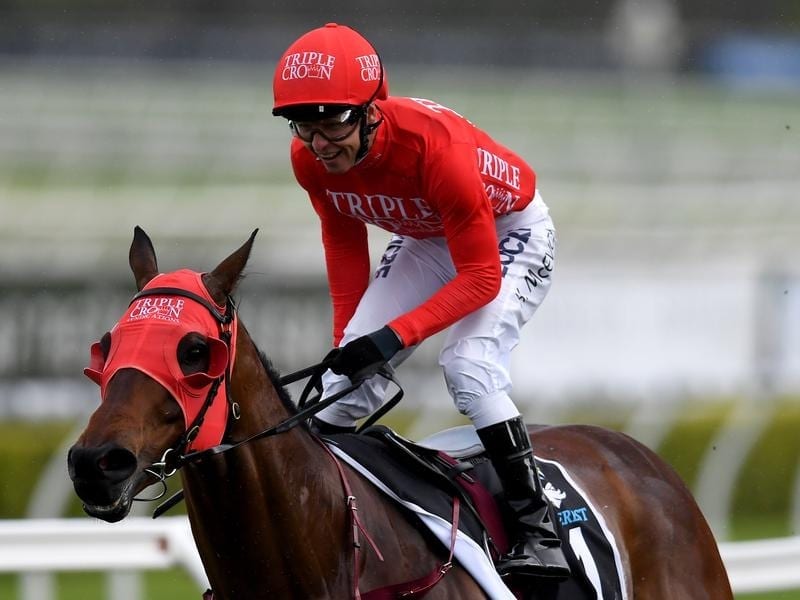 Redzel has continued preparations for the VRC Sprint with a barrier trial win at Randwick.

Champion sprinter Redzel has tuned up for his next assignment with a win in a barrier trial on the Kensington track at Randwick.

The dual winner of The Everest, Redzel ran in the trial wearing his race day blinkers.

Kerrin McEvoy took him straight to the front and he held off Chess Star by three-quarters of a length in Tuesday’s 850m hit-out.

Pierata, who is likely to take Redzel on in the VRC Sprint on Saturday week as a late entry, made ground to finish third after coming out of the gates last.

Redzel is the TAB’s $4.50 favourite to defend the VRC Sprint over the straight 1200 metres at Flemington ahead of Pierata at $6 and Kementari at $8 alongside Santa Ana Lane.

His wins in the inaugural Everest and the Sprint last season, earned Redzel the title of Sprinter of the Year.

The VRC Sprint will be Redzel’s first start since The Everest on October 13.

Pierata won the Group Three Sydney Stakes on the same day after missing a slot in The Everest.