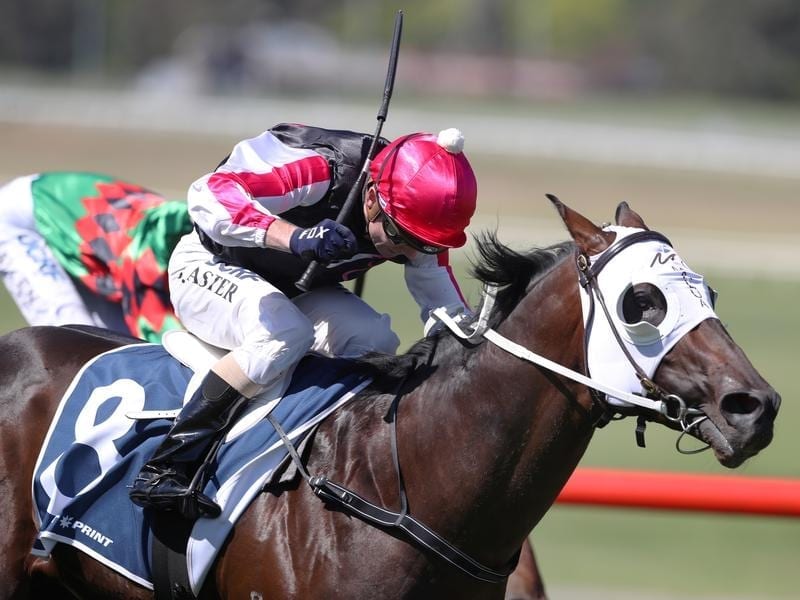 Really Swish has ended a frustrating run of outs to break through at Sandown for his first win.

Troy Corstens was a relieved trainer after Really Swish finally scored a breakthrough win in maiden company at Sandown.

The three-year-old was lining up for his 10th race start in Wednesday’s Blue Star Print Plate and after doing things wrong and getting to the front too early in the straight he held on for a narrow win.

Corstens, who trains in partnership with his father Leon, said circumstances had conspired against Really Swish earlier in his career.

“If you had told me he would still be a maiden in December 2018, I thought you would have been joking,” Corstens said.

“We took him to a few different places looking to break his maiden including Ballarat but always circumstances haven’t permitted.

“It’s nice to get a city win against his name, even though it’s only a maiden.”

Corstens is hoping Really Swish gains confidence from the win and said the colt may head to a Saturday city race at Flemington in coming weeks.

“There’s another race over 1700 metres at Flemington but I want to talk to Steve and see whether that will suit or not,” Corstens said.

“I know he was getting a tired towards the end of the 1600 metres there but it might have had something to do with him over-racing mid-race.

“He’s still a colt, not that we’re looking to make a stallion out of him, but we haven’t had any reason to geld him as he’s such a well-mannered horse.”

Baster said Really Swish was his own worst enemy with his antics of over-racing on race day.

“I’ve been on him a couple of times in his work and he’s fine, but come race day he does things wrong,” Baster said.

“I got to the front far too early today so with that win under the belt I think he’s got a heap of improvement to come.”