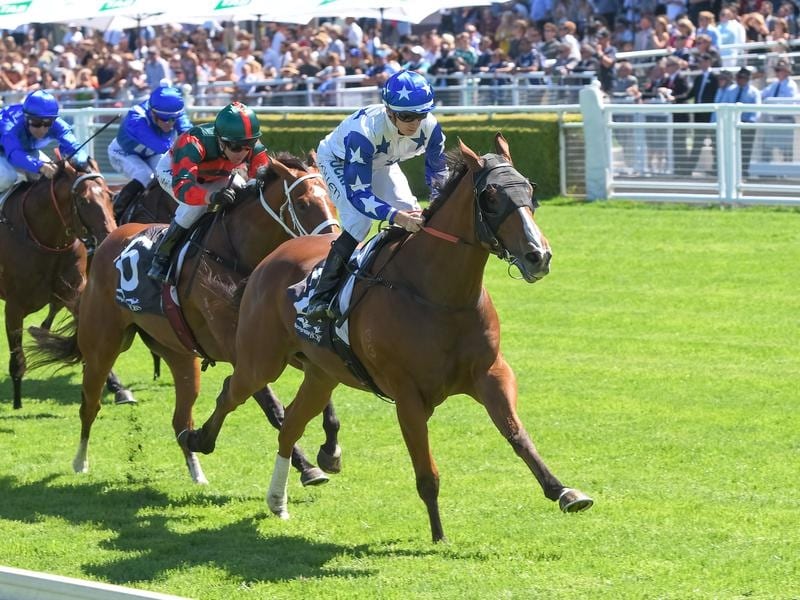 Queenslander Crack Me Up is equal topweight for the Carrington Stakes and Sunshine Coast Cup.

Crack Me Up and Wu Gok are equal topweights with 59kg for the Carrington Stakes at Randwick with both also in the mix for the Sunshine Coast Cup in Queensland.

The Toby and Trent Edmonds-trained Crack Me Up is also equal topweight in the Sunshine Coast Cup with 60kg.

Both Listed races on Saturday are over 1400 metres with track conditions to play a part.

Randwick was rated soft on Tuesday with rain forecast later in the week while some rain could fall up north.

Niccanova also has 60kg in the Queensland race while the Chris Waller-trained Wu Gok has 59kg.

Several other horses are entered in both races with acceptances taken on Wednesday morning.

Crack Me Up is no stranger to Randwick having won the 2017 Group Two Villiers Stakes and 2018 Group Three Liverpool City Cup when trained by Liam Birchley.

Sambro, Chapter And Verse and Intuition are also entered in both races.

The Ciaron Maher and David Eustace-trained Yulong January, winner of his past four starts, is entered for both the Carrington and the Listed John Dillon Stakes at Caulfield.

Trainer Joe Pride has confirmed his intention to run Superium in a benchmark race over 1400m after the three-year-old missed a start in the $2 million Magic Millions at the Gold Coast.

Superium was withdrawn because Queensland veterinary stewards believed his action was not satisfactory.

He was given an easy time in a trial at Warwick Farm on Tuesday morning.

“I have done this before – trial horses the week of a race – and it suits a lot of them,” Pride said.