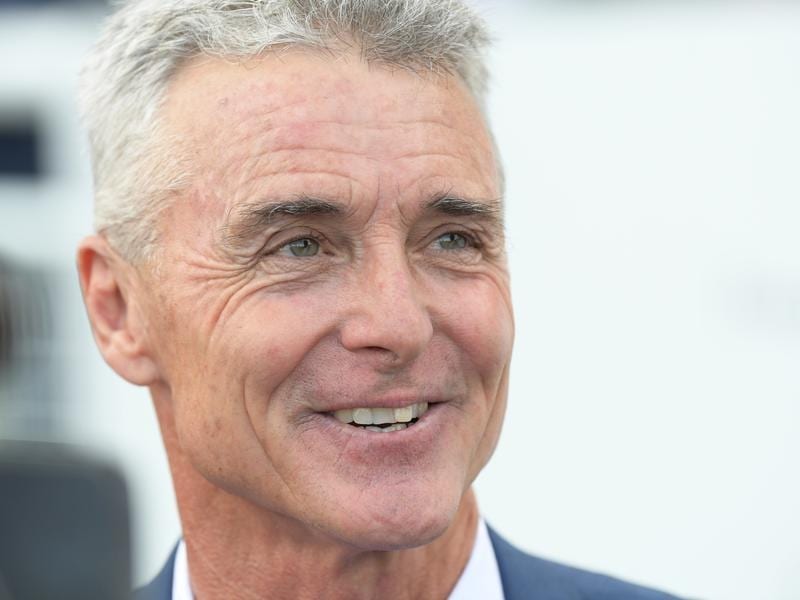 Robert Price is confident expected soft going will bring out the best in Noble Joey at Randwick.

The wet weather has forced Noble Joey to miss a lead-up gallop to the June Stakes but trainer Robert Price remains confident of getting the consistent sprinter to the races in good order.

Price had planned to give Noble Joey his final conditioning workout on Tuesday but NSW’s wild weather put paid to those plans.

“He’s missed one bit of fast work but we’ll try to address that over the next 48 hours, and he has been racing (recently),” Price said.

“I just need him to do a bit of evens in the next two days and we’ll be there with bells on.”

While the rain has interrupted Noble Joey’s fitness schedule, it will help his cause on race day.

The six-year-old relishes rain-affected ground and has won five of his nine starts on soft tracks.

He heads to Saturday’s Listed June Stakes (1100m) in good form having placed at two of his past three starts on firm tracks, including his most recent effort to beat all bar Deprive and Heart Conquered over the same course and distance last month.

“His run was super the other day. He did it at both ends which you don’t see a lot of horses do and the wet track just brings those better horses back to him,” Price said.

She deputised for O’Hara last start and Price was happy for her to retain the ride.

“Not many jockeys can ride 52 kilos and she did a good job the other day,” Price said.

“She comes and rides a bit of work during the week too, she’s been loyal to us so we’re returning the favour.”

A field of 13 has accepted for the June Stakes led by top weight Kaepernick who has drawn the outside with the resuming Bon Amis coming up with the rails for his first test in black-type company.