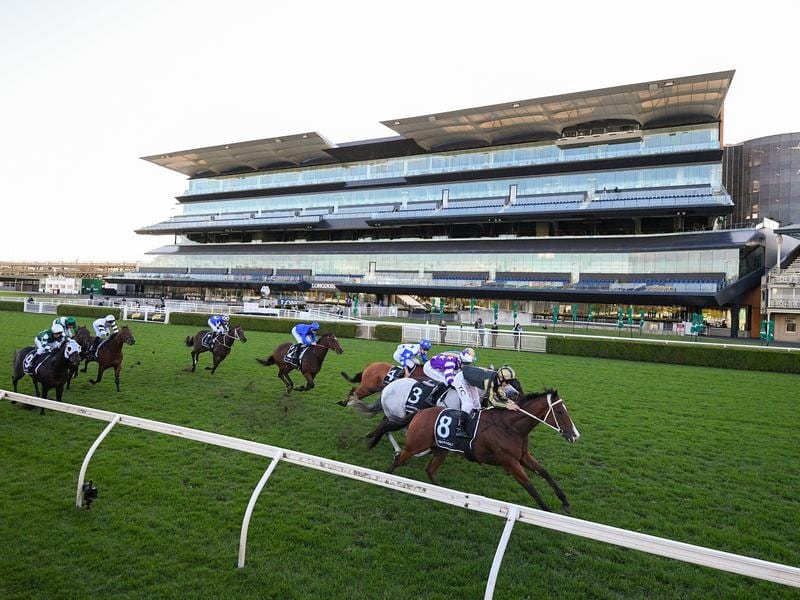 Royal Randwick plays host to nine races on Saturday for the first time in a fortnight. The track is again rated a Heavy 9, with the rail going out 4m for the entire course. Race 1 is scheduled for 11:35am AEST and will see the two- and three-year-olds fight it out over 1300m.

Quickly becoming a favourite of ours from just two career starts is Greg Hickman’s Travest. Coming off a simply dominant victory at Warwick Farm a little over two weeks ago, the Tavistock gelding looks primed to take his midweek form to Saturday grade. The carpark draw in barrier 13 should not be an issue for Tommy Berry, who has ridden the three-year-old twice for two wins. There is a stack of speed engaged in the inside six gates, which will allow Berry and Travest to settle behind the pace and finish right over the top again. Both wins have come on a heavy track, so we know he will relish the conditions. We expect him to be far too good for these and go on to bigger and better things in the spring.

Travest flew home down the outside in the last at Warwick Farm to make it 2 from 2 with @TommyBerry21 in the saddle for @HickmanRacing pic.twitter.com/5p8ANsIvx1

We are still scratching our heads as to how Agassi of all horses got past Mr Dependable at this track a fortnight ago. He had to work hard early in that race to cross the field from the widest alley, which may have taken it out of him a touch, and fought on strongly to go down only half a length with a gap back to third. This race looks much better for the Gai Waterhouse and Adrian Bott grey gelding, drawn in barrier four up to the 1800m. Tim Clark retains the ride and will be aiming to go one better on the Reliable Man four-year-old. He has never missed the placings at Randwick and should find the front a lot easier from the middle draw in the small field. Rank outsider Dylan’s Romance naturally races on the speed as well, so hopefully Clark lets him go, takes a sit and avoids the tiring runner as they swing for home.

Race 8 is a Benchmark 78 over 1300m and we have found one at a backable each-way price in what is a fairly open race. Cuban Royale comes into this fourth up after running fourth behind Masked Crusader and third behind Esperance and Fituese before finishing midfield last start. The son of Casino Prince does his best racing on a heavy track (5:2-0-1), which he finds here, while apprentice Brock Ryan’s 3kg claim bumps the five-year-old down to the minimum weight. Drawn on the rails, Cuban Royale should settle just behind the speed and look to find clear air in the straight. There doesn’t look to be heaps of speed, so it will be beneficial to be handy to the speed. The $8.50 appeals here.

He's been knocking on the door, ESPERANCE gets the job done today! 💙 @HugeBowman @Godolphin pic.twitter.com/3FoaAE7lJw