THE Queensland Oaks is a Group 1 race held at Brisbane’s Eagle Farm for three-year-old fillies at set weights as part of the Brisbane Winter Racing Carnival.

In 2017 the race has been moved to Doomben and shifted from 2400m to 2200m, due to problems with the condition of the Eagle Farm racetrack. The 2021 Queensland Oaks is set to return to Eagle Farm over the 2200m.

Despite not being the optimal time when the stars of worldwide racing come out to play, some absolute superstars of the turf have gone to the sunshine state and taken out the race.

The Queensland Oaks has been taken out by Winx in 2015, Ethereal in 2001 and Hall of Fame superstar Surround back in 1977.

The Queensland Oaks is a group one race that takes place at the tail end of the Brisbane Winter Racing Carnival, so other races are usually prioritised before it at the betting agencies.

Given the parameters of the race are set in stone, the racing community invariably has a rough idea who the best three-year-old fillies in the country are and which trainers are prepared to make the trip to Eagle Farm.

A number of horse racing bookmakers open all-in markets well in advance of the race day, which means punters that have identified their favourite filly months in advance of the Queensland Oaks can get the best possible odds prior to the jump.

Tote prices and other racing Fixed Odds markets tend to open when the race is four to five days away.

Betting on the Queensland Oaks

The Queensland Oaks is not one of the biggest Oaks races when compared to its southern rivals (Sydney and Melbourne), but a number of superstars have launched their careers from the event.

Most notably Winx in 2015 launched her path to greatness following the Queensland Oaks win.

The Oaks typically draws a capacity field, and the barrier draw is incredibly important to your horse’s fortunes. Since 2011 only three runners have won the Queensland Oaks from a double figure barrier.

In terms form for the race, the Doomben Roses is the traditional lead up to the Queensland Oaks.

Nine winners in the period between 2007 and 2021 have come through the Roses, but only Scarlett Lady in 2011 and Youngstar in 2018 has been the only fillies out of those nine to have done the double.

Plenty of the future staying stars of the racing scene have competed in the Queensland Oaks, here is what the field looked like for the 2021 edition. 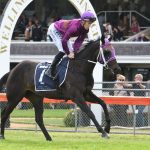 Local trainer Lisa Latta will have a strong team lining up at Awapuni on Friday, including Group One performer Charms Star, who is back in the stable after a stint with Chris Waller across the Tasman. The four-year-old mare will face just five rivals in the Group 3 Manawatu Breeders’ Stakes (2000m). 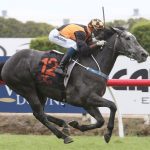 Kylie Bax is going down a familiar path with her latest Group One performer Aspen Colorado with the lightly raced filly joining Chris Waller’s stable. Bax has high hopes the daughter of Proisir can further add to a family roll of honour that already features the well-performed mare Danzdanzdance. 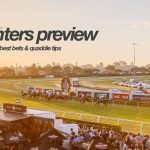 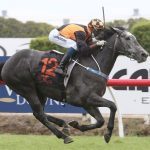 Matamata trainer Graham Richardson is looking at a Queensland winter campaign to get some compensation for the bad luck that Aspen Colorado suffered at Trentham on Saturday. Aspen Colorado was a fast-finishing third in the Group 1 New Zealand Oaks (2400m), only getting clear in the final 150m. 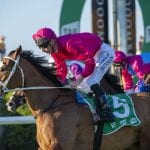 Racing Queensland has increased prizemoney for eight races over the Queensland Winter Carnival, meaning there are now seven $1 million events to be run and won each year in the Sunshine State. 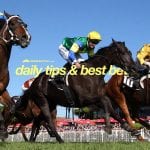 Horse Racing around the country today is headlined by the Group 1 Queensland Oaks at Eagle Farm. Our betting experts have run the rule over the meeting at Eagle Farm as well as four other meetings in a bid to make your Saturday on the punt a winning one. 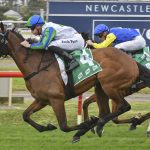 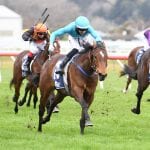 Isdale struggling for words ahead of Oaks tilt

Te Awamutu trainer Clint Isdale was a bundle of nervous energy as he boarded a plane to Queensland on Friday. The talented horseman will venture to Eagle Farm on Saturday as a part-owner of Group 1 Queensland Oaks (2200m) aspirant Only Words. 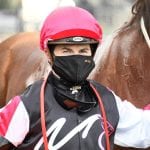 HorseBetting.com.au takes a look at the top stories in racing this week, including Jamie Kah's record-breaking effort and Media Award's fitness concerns ahead of the Queensland Oaks... 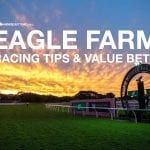