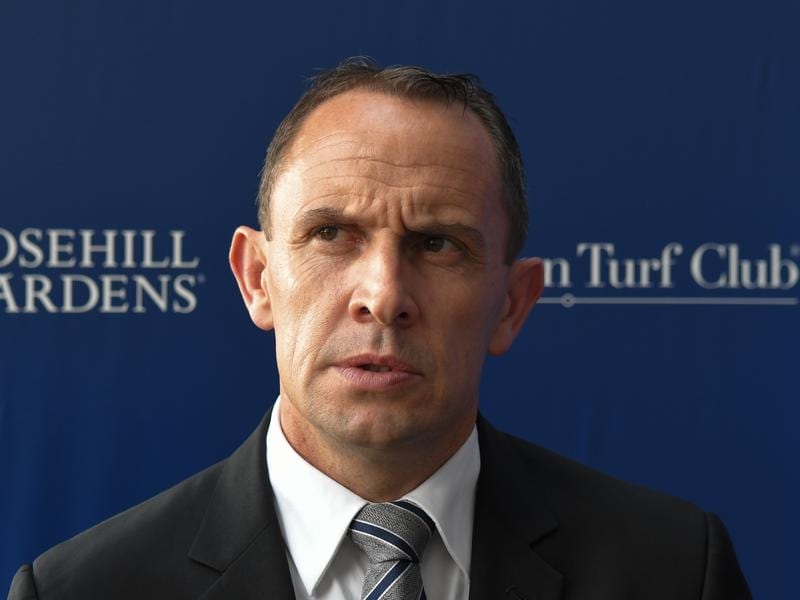 High-class Perth mare Arcadia Queen will be one of the star attractions when she makes her Sydney debut at Rosehill and she has already won over an important fan – her trainer.

The four-year-old joined the Chris Waller stable to prepare for a tilt at the $14 million The Everest, gaining the slot held by The Star.

As the winner of five of her six starts culminating in the Group One Kingston Town Stakes in December, Arcadia Queen has achieved much in a short time but Waller has no doubt the best is still to come.

“Fortunately, I think she’s still maturing and I’ve got her at the right time of her career,” Waller said.

“What she’s done prior to now has been very impressive and she was sent across to me in very good condition.

“Her whole preparation has been done in Sydney so we’ve had plenty of time to learn about her and, obviously it’s not racing, but on her work and trials I couldn’t have been more impressed.”

Arcadia Queen was a dual acceptor for Saturday’s program but has been scratched from the Sheraco Stakes in preference for the Group Two Theo Marks Stakes (1300m) in which she will clash with stablemates Zousain and the ever-popular Tom Melbourne.

With Kerrin McEvoy confirmed to ride Redzel in The Everest, Waller has booked James McDonald for the Theo Marks which could possibly be Arcadia Queen’s only appearance before next month’s showpiece.

Waller says Saturday’s race will give the mare a good foundation but she clearly has the class to win.

“Do I feel she needs to win on Saturday if she’s going to be an Everest contender? I think that will all depend on her fitness over the concluding stages.

Betting operators agree and have marked her an odds-on favourite ahead of emerging sprinters Trope and Baller, who are the only other runners under double figure odds.

Tom Melbourne returns in the same race for his first start as a nine-year-old and Waller is hoping age might have mellowed the vibrant gelding.

“Tom Melbourne is still as bright and keen as ever,” Waller said.

“If anything, that’s what has got him into trouble in a few races, he’s always been too energetic so I wouldn’t mind if he was a touch more tractable.”

Enticing Star, who like Arcadia Queen is raced by prominent West Australian owner Bob Peters and holds Waller’s Everest slot, was nominated for the Sheraco Stakes but wasn’t among the acceptances.

Waller says she remains on track and will kick off in the next two weeks.

“There’s no rush with her, we’re just trying to keep her fresh,” he said.