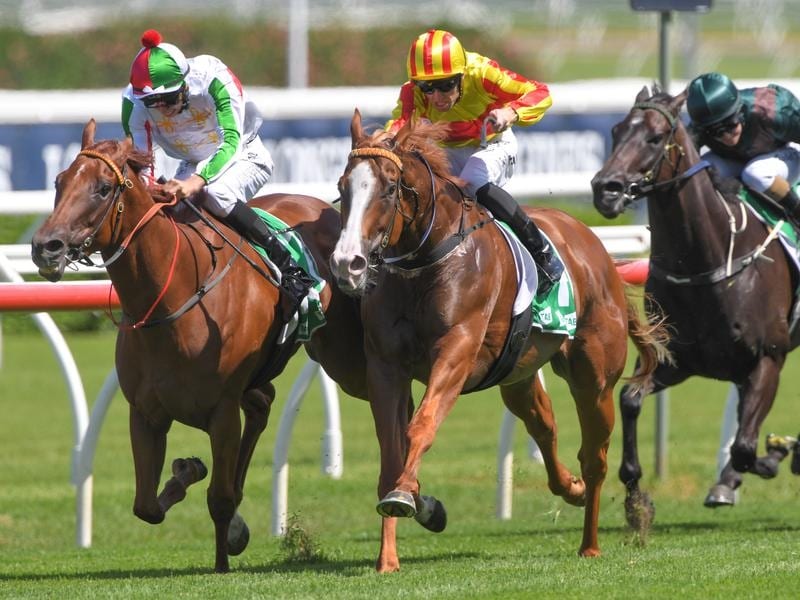 With his main rivals seemingly intent on beating each other, Quackerjack has stayed out of trouble and worn down Vegadaze to win the Group Three Liverpool City Cup at Randwick.

Trained by Mark Newnham, Quackerjack is headed to the Doncaster Mile on April 4 after earning his place with victory in the Group Two Villiers Stakes in December.

“He’s a very good horse and you know when it comes down to the fight more often than not he’ll have his head out on the line,” Newnham said.

“He’s only come off a three-week break. His first-up form is a bit mixed but in a race where he looked to sit one-two around the corner he was always going to be hard to beat.

“When it came down to the last 200 metres and there was only two horses in it I was confident he’d win.”

“He’ll have another run in the Ajax then three weeks into the Doncaster,” he said.

“I had it planned straight after the Villiers. His best runs have been three weeks between runs so he only gets a fortnight into the Ajax then he gets three weeks into the Doncaster.”

His rider Josh Parr was full of praise for Quackerjack although he will forfeit the Doncaster ride to Rachel King because the gelding will carry just 51kg.

“He has that determination to get over the line,” Parr said.

“You know with him that he’s not going to stop. His will is just remarkable. He loves the fight.”

The Hawkes Racing-trained Rock ($7) finished more than two lengths from the runner-up but showed he, too, was on track for the Doncaster won last year by stablemate Brutal.

“I really thought I was going to put them to the sword at the furlong but he just ran out of gas late,” jockey Tommy Berry said.

“He’s only had two trials and his second trial was really soft so he’ll really come on immensely from that.”