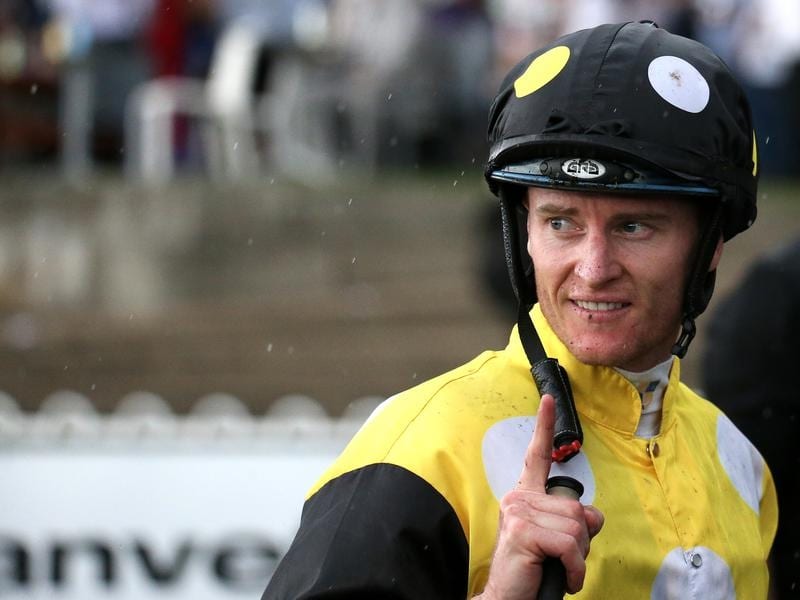 Purton rode four winners at Sha Tin on Sunday, including Exultant in the Champions & Chater Cup, the final Group One race of the Hong Kong season.

But his quartet was matched by Moreira on the 11-race card and they ended the meeting level-pegging on 123 wins for the season.

Both are chasing a fourth Hong Kong champion jockey title.

“It’s not much fun: I wish Joao would go home and make it easy” Purton quipped.

Exultant’s win ensured Purton claimed both of the afternoon’s feature races, having captured the Group Three Sha Tin Vase Handicap on the John Moore-trained Thanks Forever.

The stakes victories capped a dramatic day for Purton.

Purton had his head banged against the starting gate before the seventh race and then came to grief when Regency Bo Bo stumbled after the start of the 10th event.

“The (Hong Kong Jockey) Club was worried, I wasn’t,” he said.

There are 14 meetings left in the Hong Kong season which finishes on July 15.