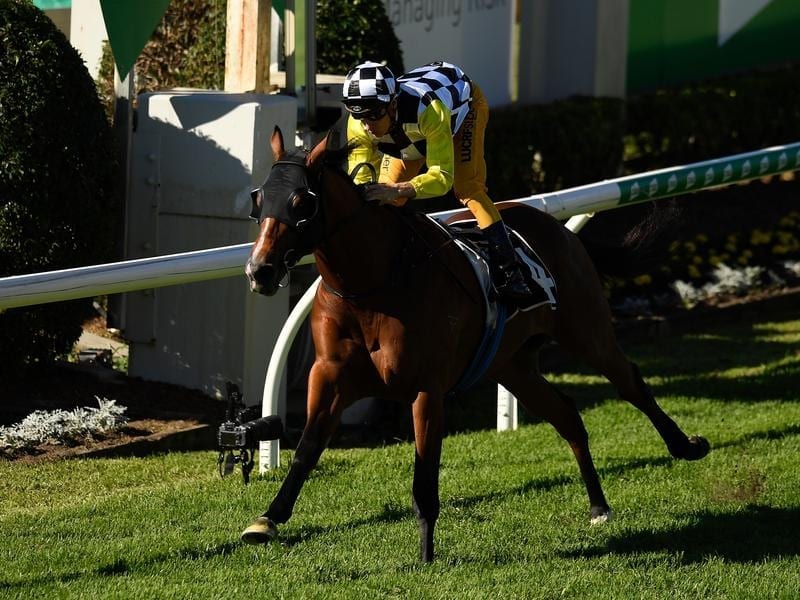 Purple Sector has taken out the Rough Habit Plate but the colt will miss the Queensland Derby.

Thompson said he did not want to overtax Purple Sector after an arduous campaign in Sydney during the autumn.

“We wanted to spell him in Queensland so we picked out this race to aim at before he went out,” Thompson said.

“It worked out nice. He had a good barrier, a good run throughout the race and I was confident from the jump.”

Thompson said Purple Sector was not a genuine stayer and wants to keep his future racing to distances to no further than 2000m.

“He suffered a few heavy tracks down south and got a bad check in the Rosehill Guineas but he got a lovely run today and that made the difference.”

Shinn backed Thompson’s decision to bring down the curtain on Purple Sector’s campaign.

“I think that’s the sign of a great trainer,” Shinn said.

“It’s easy to say push on to the Queensland Derby and no doubt he’d be a great chance but he’s trying to create his own destiny for the horse and he could be a really good spring carnival contender.

“I think it’s a wise move and the correct decision.”