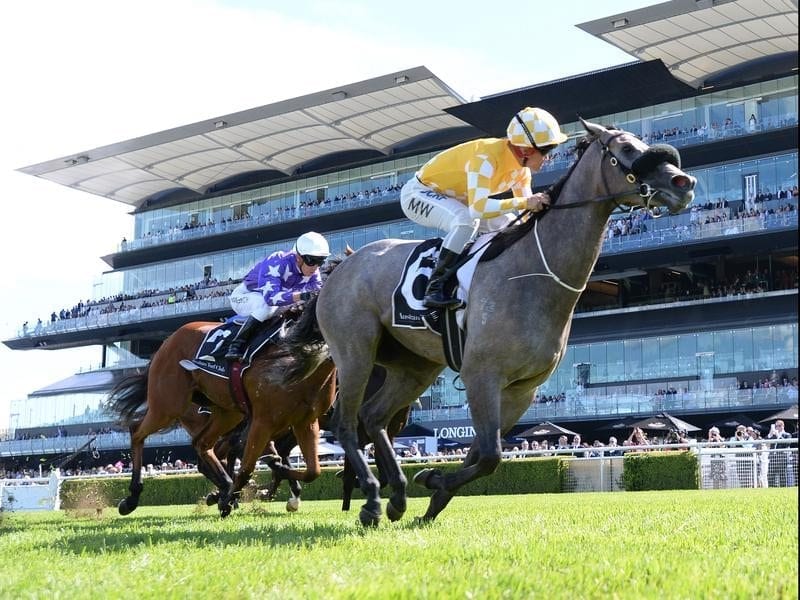 Pure Elation has lived up to a high rating put on her by co-trainers Peter and Paul Snowdon.

One-time Blue Diamond favourite Pure Elation is making up for lost time at the end of her juvenile season with her trainers believing she can develop into the best filly they have had in the stable.

Peter and Paul Snowden were disappointed when the filly failed to live up to her early hype in Melbourne and was unplaced in the Blue Diamond lead-up races.

They brought her back to Sydney and at the behest of owner Sir Owen Glenn, gave her a freshen-up ahead of a campaign which has realised a second to subsequent Golden Slipper winner Estijaab, a win at Warwick Farm and a decisive victory in Saturday’s Group Two Percy Sykes Stakes (1200m) at Randwick.

She will now get time to develop further after incurring a mandatory three-month ban for a slight bleed from both nostrils.

“She could be the best filly we have trained,” Peter Snowden said.

“Nothing went right in Melbourne. My call was to give her a break and bring her back later but Sir Owen said why not bring her back to Sydney and enjoy Sydney like she used to before.

“Her work has been great and she has responded well and I think she is an A-grade filly in the making.”

She was bred by New Zealand businessman Sir Owen who also raced Criterion, and won on the third anniversary of his best horse’s win in the Queen Elizabeth Stakes.

“I just came from the Commonwealth Games at the Gold Coast and got here in time to see the race,” he said.