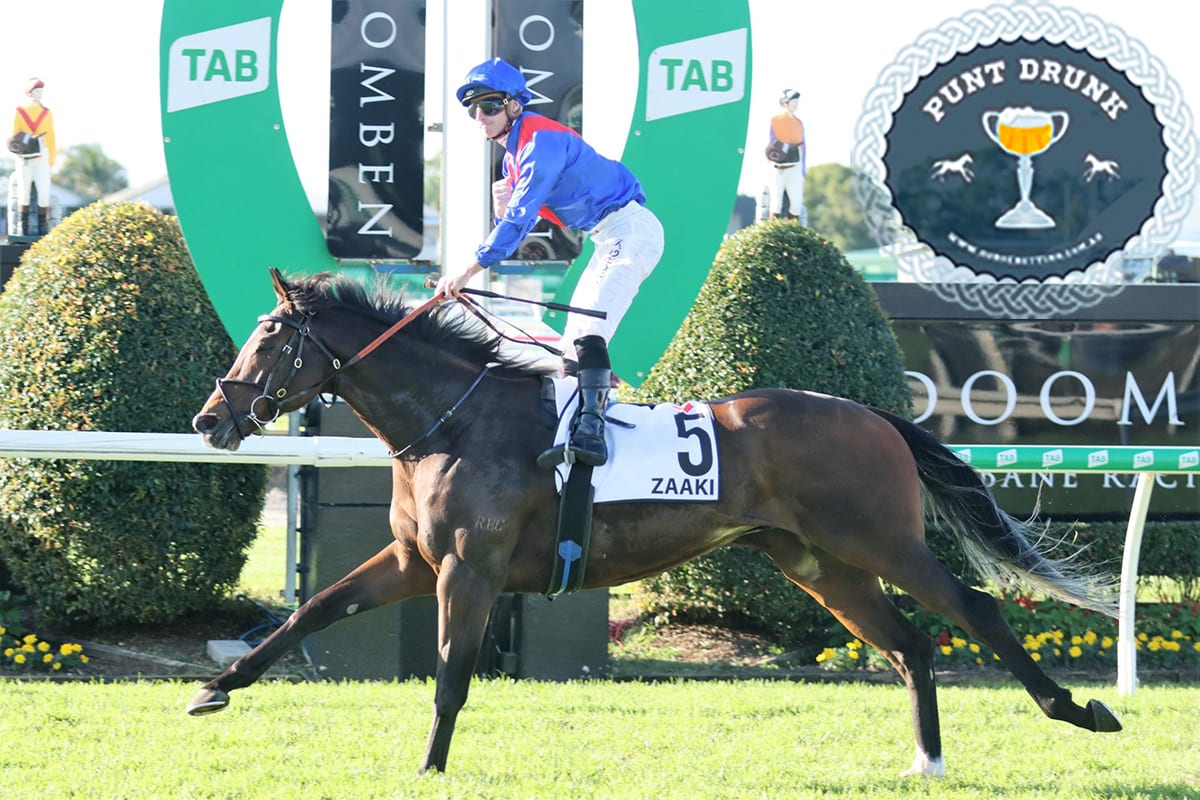 Well, what a day of racing that was! If you ended up in front after that day, then fair bloody play to ya! It was a day dominated by Zaaki’s win in the Group 1 Doomben Cup and stamping his claims as a genuine superstar on the rise. Throw in a quaddie that paid nearly $21,000 at Rosehill and then almost $52,000 at Flemington and it was a genuine shit day on the punt all round because we didn’t have a slice of either! Ah well, it is a new day, and the team here at HorseBetting.com.au are here to make sure you get back on a winning note with a big day at Sandown and the Sunshine Coast.

Bring on the Cox Plate!

The new star of WFA in Australia!

The Australian Horse Racing Industry have a new superstar on their hands, Zaaki. He didn’t just win the Doomben Cup, he deadest pissed it in. He was sent around as a $2.10 favourite in a race that was littered with Group 1 winning superstars. In hindsight, he deserved to be a $1.10, the Annabel Neasham-trained runner finished seven lengths ahead of his closest rival Toffee Tongue when setting a new record for the Doomben Cup. Zaaki now joins the likes of Might And Power and Rough Habit on the Doomben Cup honour roll and Neasham certainly made it clear what was ahead for her new star in the spring. Following the race, it was a simple “I can’t wait for the Cox Plate.” He smashed the 2020 Cox Plate winner Sir Dragonet by a cool 17.5 lengths and is now the $4 favourite for the 2021 Cox Plate with online bookmakers. He won the Doomben Cup as if he was Winx, and who is to say he cannot follow in the footsteps of the great mare in October?

Nothing Romantic About That!

Tell us someone had Romancer… pic.twitter.com/Q4hWyfkWMA

The only ones who found Romancer’s win satisfying in the listed Straight Six at Flemington were connections of the Grahame Begg-trained runner and Lachie Neindorf. Officially paying $126 on the local tote, it was result few saw coming. The win handed the young jockey his first Flemington winner on a horse who was supposedly “just in it for a bit of a fitness gallop”. Begg admitted that post race “the boss” (his wife) had something small on the runner purely because she was of the opinion her husband never had had a runner who was to be sent around as a $126 chance. Fair play to Mrs Begg, but the tip wouldn’t have gone astray that is for sure.

Codi Jordan heads back to Tassie following a riding treble at Kilmore on Thursday in her mainland riding debut, and teams up with Rising Hsiang for the fifth time. From four rides so far on the back of the Reward For Effort gelding she has three wins and a minor placing, including three consecutive victories over Devenport 1150m. Rising Hsiang is 3/3 at Devenport but steps to the 1350m for the first time, and boy he looks hard to beat!