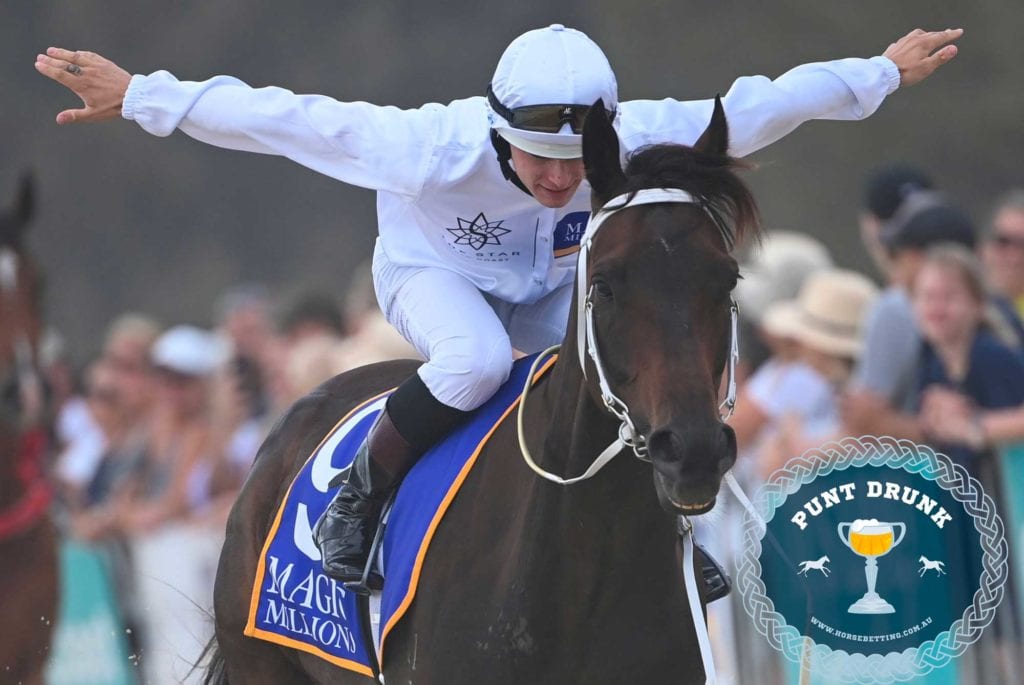 Tuesday you strange unit, how the bloody hell are you? Tuesday is like the strange Uncle who is at every family gathering and you wonder if anyone actually likes him. There’s been plenty going on in the world of racing since we last convened, and boy does it feel good knowing our boy Kaonic is in the nominations for the All Star Mile! #KaonicAllStar

Speaking of the All Star Mile…

The literal definition of All Star is surely the best way to define the names that have culminated in the nominations for the All Star Mile. There are superstars set to convene from all over the country on March 13 at Moonee Valley, with more Group 1 victors than you could even imagine! The emerging cult hero The Harrovian is set to gain plenty of votes from QLD. The Queen of Perth Arcardia Queen will get more support than Pike in the last on a Saturday from her Perth fans. The South Australian’s will well and truly get behind Behemoth, but most importantly our boy Kaonic is rubbing shoulders with all of these big names, and has the potential to be one of the best racing stories for some time! Voting for the All Star Mile opens on January 22nd, and there will be plenty of interested onlookers for the richest mile race on turf in the world.

The first big money race that a two-year-old competes in is the Magic Millions 2YO classic, and bloody hell what a field we have for the 2021 edition!! Can Finance Tycoon gives Ben Hayes (and Tom Dabernig) a win in the 2YO classic, something that Ben’s dad, David could not achieve in his illustrious career here in Australia. Superstar trainer Chris Waller has the Wyong Magic Millions winner She’s All Class and the previous favourite for the 2YO Classic Shaquero has a duo for the event. We’re pumped for this year’s edition of the 2YO Classic, because let’s be honest it’s usually a dartboard job, and with a bit of luck the team at Horsebetting can steer you into the winner later in the week!

It has been built up as a match race between Tony Gollan’s Isotope and the Maher & Eustace trained Away Game for the joint-feature 3YO Guineas on Magic Millions race day. Arguably, outside of the favourites and Forbidden Love, it looks to be one of the weaker versions of the 3YO Guineas but if the match race is all that it has been built up to be then we can’t wait! In fairness, we can’t wait to have a punt on a Penola maiden on a Sunday afternoon, but you get what you get and you don’t get upset!

Remember to always open multiple online bookmaker accounts, to be a chance of securing the top odds.