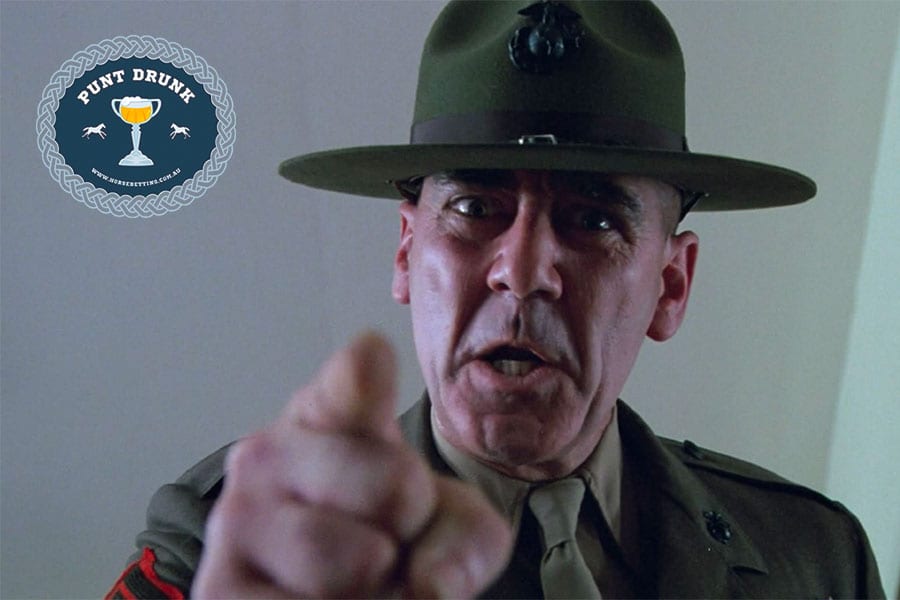 Welcome to another hump day edition of #PuntDrunk!

Today we await the barrier draw for all three Group 1 races this weekend, with plenty of eyes drawn toward the Chipping Norton Stakes in particular.

To go with that we have six local gallops meetings to get stuck into, and who doesn’t love a Wednesday afternoon on the punt?

Heathcote coming on from the Vulture St End

A third-place finish is something most trainers wouldn’t mind too much, but not Rob Heathcote on February 6 at Eagle Farm. Heathcote had saddled up Stuttering and instructed jockey Mark Du Plessis to lead on the gelding, but the race favourite ended up being trapped three wide for the trip. His interaction with Du Plessis afterward was one that had to be seen (or heard) to be believed: “Fuck you, mate, I asked you to lead, he’s a leader and then you’ve gone three deep into the straight while the leader gets a soft lead and wins.” Du Plessis came back with the claim that he was making sure Stuttering didn’t get engaged in a speed battle the whole way. Heathcote’s response was priceless: “No, you let me train him, Mark.”

Stuttering would race again on the Saturday just gone, with Du Plessis replaced by apprentice Alex Putis for another third-place finish. Heathcote was fined $250 for that spray but has vowed he will fight the charge as he believes he shouldn’t be penalised for something that happens on a daily in private.

September Run will carry 52kg in the @SeppeltWines Newmarket Handicap, with stablemate Nature Strip assigned joint topweight of 58.5kg along with last year's winner Bivouac, while Celebrity Queen is on 54kg.

It is not very often that the all-in punting gods are as giving as what they were yesterday when the weights for next weekend’s Newmarket Handicap were released. The $2.20 favourite, September Run, was allocated 52kg and looks well placed to build on her second-place finish behind Nature Strip in the Black Caviar Lightning Stakes a fortnight ago. Her rival Swats That has been given 50kg in a bid to overturn a 1.25-length margin from that race. Based on the nominations, the Newmarket is going to be a cracker in 2021.

The David Vandyke-trained Iamican has come back in fine order, winning both of her starts since resuming. She managed to scrape in at her last start over the 1200m at Ipswich, and the extra 150m in this one will make the mare hard to hold out in the opening leg of the quaddie.