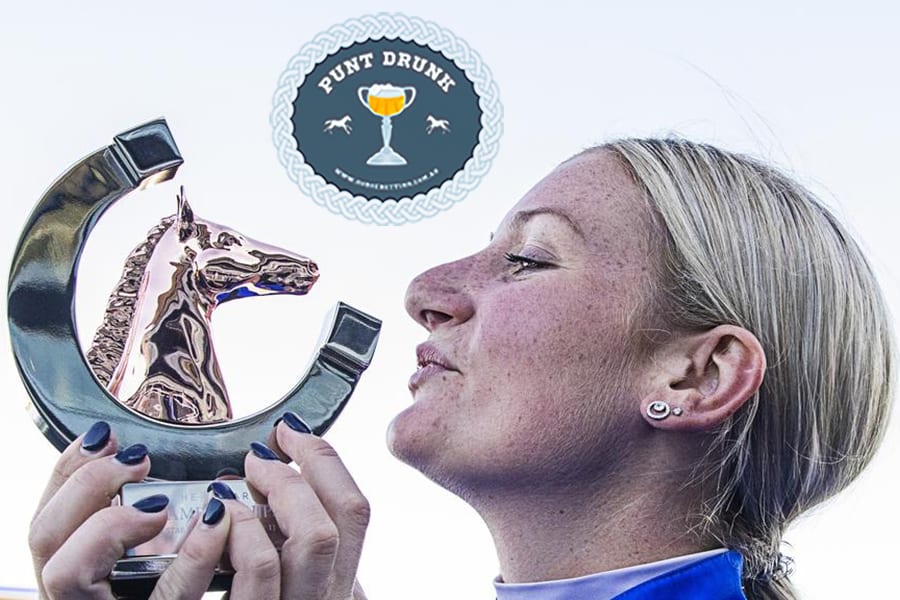 With all eyes on Caulfield tomorrow afternoon, the Punt Drunk team is here to give you a quick recap of the week’s events while looking forward to the next couple of days. As always, HorseBetting.com.au is your one-stop shop for betting tips and the latest odds on this weekend’s racing action.

Kah a moral to bring up 100th metro win

Everyone waiting for Jamie Kah to get the 100… pic.twitter.com/e9DiF1ynrR

We are happy to put our nuts on the line here, but Jamie Kah is a moral, Frankie Worral, a deadset certainty – however you want to put it – to bring up her 100th win of the Victorian metropolitan racing season at Caulfield on Saturday. She labelled her day at Sandown on Wednesday as “a shit day”, but as many experts said prior to the meeting, she has had better rides in the past and walked away with nothing, so perhaps she may have been too harsh on herself in her quest to become the first jockey to bring up the ton in one season. She’s $1.08 to raise the bat tomorrow after being $1.10 to do so at Sandown, but go through her book of rides at Caulfield and try telling us she will not ride one winner.

During the week, the racing industry lost the 2008 Cox Plate winner, Maldivian, who died at age 18. His win in the Moonee Valley feature is still spoken about today, as he led all the way under a well-rated steer from Michael Rodd. He managed to claim the CF Orr Stakes and the Yalumba Stakes (now Caulfield Stakes) in his career on his way to earning connections $2.8 million in prizemoney.

Jim Byrne and Safeeya combine to take out Race 3 at Eagle Farm comfortably and champion trainer @freedman_lee records his first win since relocating to the Gold Coast! pic.twitter.com/czPsx2ZWlT

He is a hall-of-famer for a reason, and Lee Freedman made sure his rivals felt his presence at Eagle Farm on Wednesday as Safeeya delivered his first win since returning home from a stint in Singapore. The three-year-old filly – Freedman’s second starter since coming back to Australia last month – was sent around as a $1.90 favourite and rewarded punters in impressive fashion.

I Am Invincible poised to break 200 mark

King Of Sparta returns a well-deserved winner for @SnowdenRacing1, holding off the well-backed debutant Military Expert in Race 2 at Randwick Kensington @aus_turf_club pic.twitter.com/UvPp2F6M08

I Am Invincible is arguably the best sire in the country at the moment, and the results speak for themselves. The 16-year-old stallion has sired 197 winners this season, breaking his own record of 184 winners set back in 2018/19. King Of Sparta became his 197th winner on Wednesday, and with three weeks left in the racing season, I Am Invincible is surely an odds-on pop to bring up the double ton.