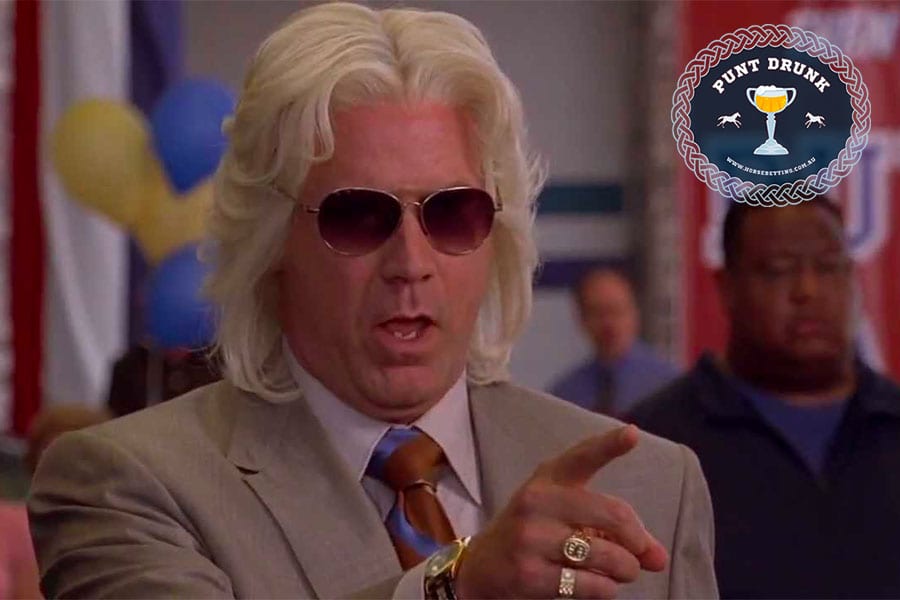 Welcome to another week of #PuntDrunk – the only place for no-bull racing news on a daily basis. With the Queensland Racing Carnival well and truly underway following Eduardo’s win in the Doomben 10,000 on Saturday, be sure to keep your eyes on HorseBetting.com.au over the coming days as we look to build a bank ahead of this weekend’s Group 1 Doomben Cup.

Racing karma in the Preakness Stakes?

Now, we hardly like sinking in the boots (that’s a lie), but we did not mind seeing Medina Spirit get rolled in the Group 1 Preakness Stakes despite going around as a red-hot favourite. The Kentucky Derby winner was a distant third when $17 chance Rombauer left the rest of the field for dead win by a big space in the Pimlico feature. The trainer of Medina Spirit, Bob Baffert (aka Ashley Schaeffer from Eastbound and Down), had said prior to the race he wanted all the focus to be on his horse and not the impending drug charge the trainer is facing due to a positive swab taken after the KY Derby. We mentioned last week that Baffert had blamed “cancel culture” being the key antagonist in his latest drug charge, so we wait with bated breath for his excuse following his loss in the Preakness Stakes.

@M_Walker_Jockey underwent 2nd round of surgery this morning on broken leg sustained at Pakenham Thursday night. Will undergo further surgery early next week, in addition to leg fracture has ruptured ACL. @Racing @AndrewBensley

Everyone’s favourite Kiwi jockey Michael “The Cuz” Walker has been dealt a cruel blow following his ugly fall at Pakenham last Thursday night. The Group 1-winning hoop suffered a nasty break to his leg and has already undergone two rounds of surgery in a bid to prevent permanent nerve damage. It was announced yesterday that further scans revealed he had also torn his ACL in the fall, and as all sports fans know, that is one hell of a hurdle to overcome. We at Punt Drunk wish nothing but the best for Walker, and we hope to see him providing some elite post-race interviews in the not too distant future!

Our best bet of the day comes up in the last race in Australia for the day, so be patient! The Cody Morgan-trained Casino Lord looks awfully hard to beat in the final event at Tamworth, especially with the 4kg claim that comes with apprentice Jackson Searle. Expect the three-year-old gelding to settle towards the rear of the field before flying down the centre of the track late to claim victory and send us home winners.