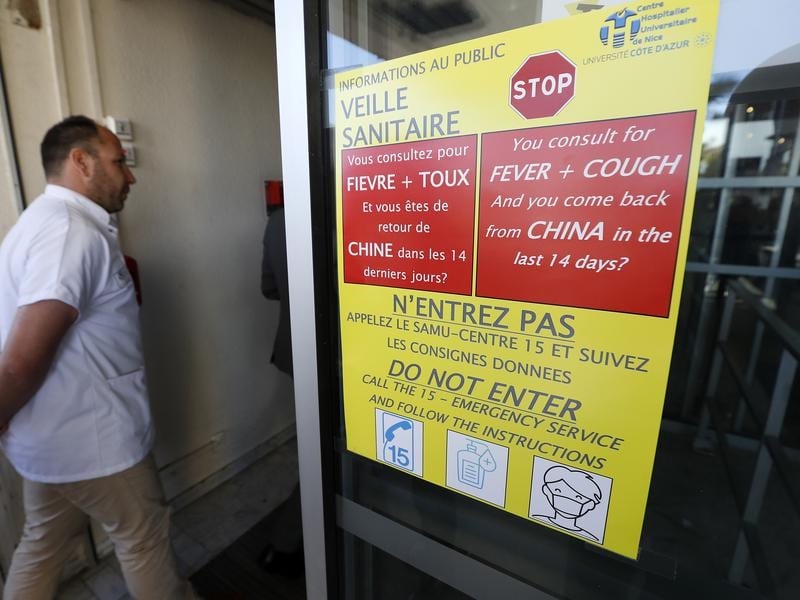 Three race meetings in France have been closed to the public amid concerns over coronavirus.

The public will be barred from three upcoming race meetings in France in a response to the coronavirus outbreak.

The meetings on Monday (Tuesday AEDT) and Wednesday at Compiegne will be held without spectators, with the order coming from the mayor of Compiegne and the president of the Compiegne Racing Society.

It is a similar story at Chantilly, where Tuesday’s program will not be open to the public.

Racing professionals will be admitted as normal.

The move is the first of its kind for the sport in Europe, but meetings in Japan and Hong Kong have been affected in a similar fashion while Korea has cancelled racing for at least two weeks.

A spokesperson for France Galop said the move was not a national approach.

“It is an initiative limited to the municipality of Compiegne,” the spokesman said.

Horses from France are due to run at the Cheltenham Festival in England, which begins on March 10.

Giving its latest position in relation to coronavirus, the British Horseracing Authority stressed there currently remained “no need to develop a policy” concerning any specific fixtures.

“The industry group continues to liaise closely with government and plan for a range of contingencies,” the statement said.

“We would encourage everyone in racing to focus on the government’s advice on personal health and their advice to employers and businesses.

“Speculation about potential actions from government or racing, whilst wholly understandable in the circumstances, may simply distract from the advice on which the population is being asked to focus.

“At present racing continues as usual and the sport remains in agreement that there is no need to develop a policy regarding abandonment of any specific fixtures due to coronavirus at this time.

“We will continue to speak to government and should a situation arise where this is required then the sport has established mechanisms in place for handling such scenarios.”

Some major sporting events have already been affected with Ireland’s Six Nations clash with Italy called off and the Chinese Grand Prix, which was scheduled to take place in April, already cancelled.

A further three patients in England have tested positive for coronavirus, bringing the total number of confirmed cases in Britain to 23.

Two of the patients had recently travelled back from Italy while the other had returned from Asia.