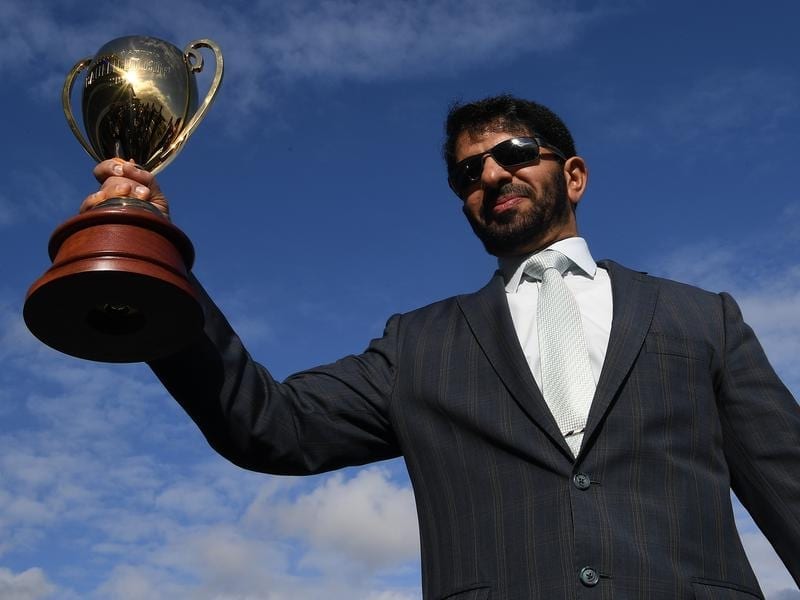 Trainer Saeed bin Suroor is hoping the third member of his Melbourne spring team can get on the board in the Moonee Valley Gold Cup.

Benbatl got the ball rolling and was followed by Best Solution supplying bin Suroor with Group One feature wins in the Caulfield Stakes and Caulfield Cup respectively.

Prize Money let the team down finishing ninth to Yucatan in the Herbert Power Stakes and bin Suroor is hoping for a victory in Saturday’s Moonee Valley Cup and a weight penalty to increase the gelding’s hopes of a Melbourne Cup berth.

The gelding currently sits 40th on the order of entry.

“He looks to me much better than when he ran at Caulfield,” bin Suroor said.

“He worked on Monday in cheek pieces (winkers) and he focused better so he’ll run with the cheek pieces on Saturday.”

Prize Money will be ridden by Oisin Murphy who also partners the bin Suroor-trained Benbatl in Saturday’s Cox Plate.

Murphy is no stranger to Melbourne racing, spending a summer five years ago with Danny O’Brien while apprenticed in England to Andrew Balding.

The young rider teamed with bin Suroor for Group One success in Dubai earlier in the year and has now ridden 11 winners at the highest level spread through England, France, Dubai, Canada and Germany.

“He would be one of the very best jockeys in Europe,” bin Suroor said.

“He’s doing very good. I talked to him yesterday and he said he’s riding on Friday night and he’ll ride Prize Money before he rides Benbatl.

“He’s been here before, so he knows the track.”