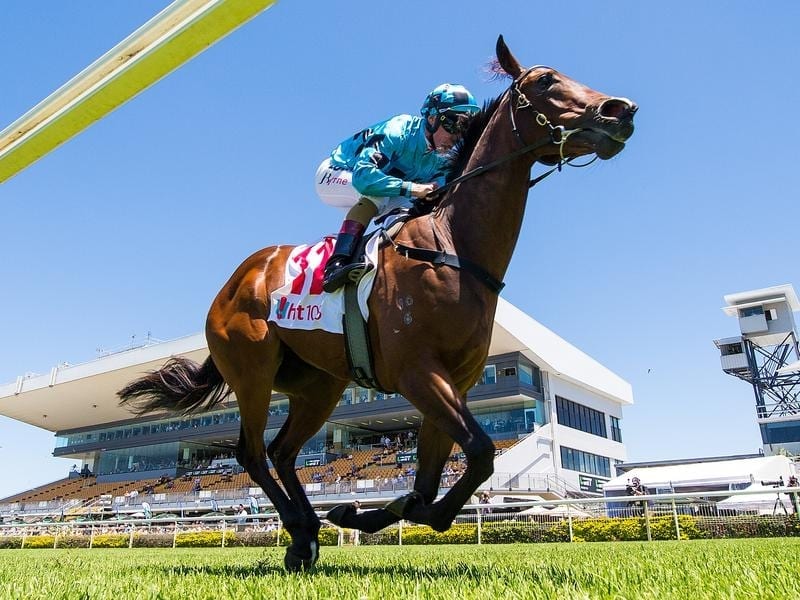 Vincere Volare has given Tony Gollan his first juvenile win of the season.

Impressive filly Vincere Volare has given trainer Tony Gollan his first juvenile triumph of the season and set him a poser with a Doomben win.

Gollan had intended to spell the filly after the run but was in two minds considering the result.

It was his 30th metropolitan winner of the season but his first with a two-year-old.

“She has done a good job because she has had three jump-outs and trials and won a trial on Tuesday,” Gollan said.

“I think she is an autumn horse but there is a $500,000 Inglis Nursery race next month for which she is eligible.”

“I will have to speak with the owners and at this stage she is spelling but that could change.”

Vincere Volare is by super sire I Am Invincible and was a $300,000 buy at the Inglis Easter Sales.

“She was bred by Bob Hannon who also bred Cox Plate winner Shamus Award and he has kept a share along with Aquis Farms,” Gollan said.

Byrne said Vincere Volare had plenty of ability and would be further improved.