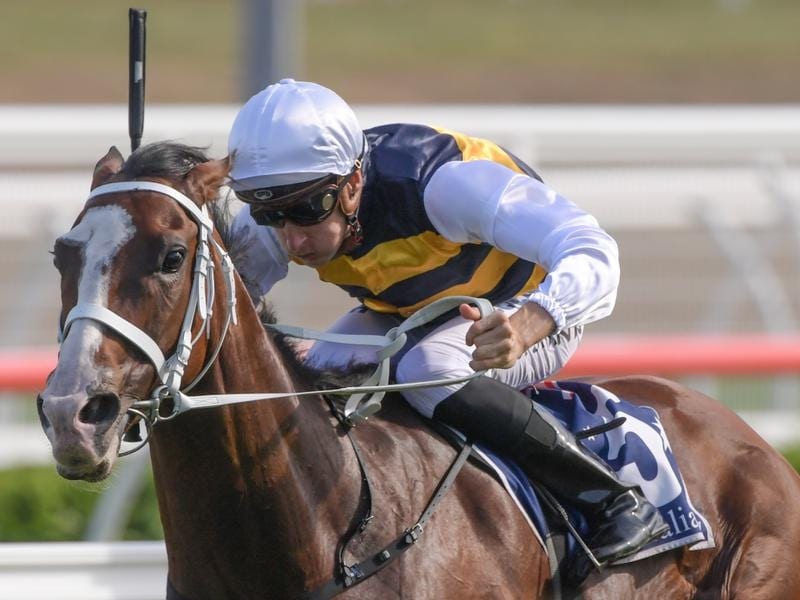 The quirky but popular Tom Melbourne has been retired after an unplaced run in Perth.

Fan favourite Tom Melbourne has run his last race and will be retired to the Living Legends property on Melbourne’s outskirts.

Tom Melbourne won six of his 51 starts and more than $1.4 million prize money. His best performances include the 2016 Listed Albury Cup and 2019 Listed Carrington Stakes.

While he did not win at the top level, Tom Melbourne’s string of second placings in a host of feature races made him a cult figure.

His 14 runner-up finishes included the 2017 Group One Epsom Handicap and Group One Cantala Stakes while he was second in another eight Group races.

Tom Melbourne had his first start in Ireland in 2014, winning a maiden at Dundalk, before being imported to Australia where he joined the Lee and Anthony Freedman stable and made his mark early with four wins from his first six Australian starts.

He had 17 starts for the Freedmans before being transferred to premier Sydney trainer Chris Waller in 2017.

Tom Melbourne had his final two starts in the care of trainer Lindsey Smith.

“Tom Melbourne has ran his last race and will live out his days at Living Legends,” OTI Racing said on Twitter.

“Thanks Tom for the remarkable journey you’ve given your Aust and Kiwi owners. And thank you to all, especially the Waller camp, for help making it happen.”

Living Legends, which is open to the public, is home to a number of high-profile retired racehorses including Might And Power and Apache Cat.