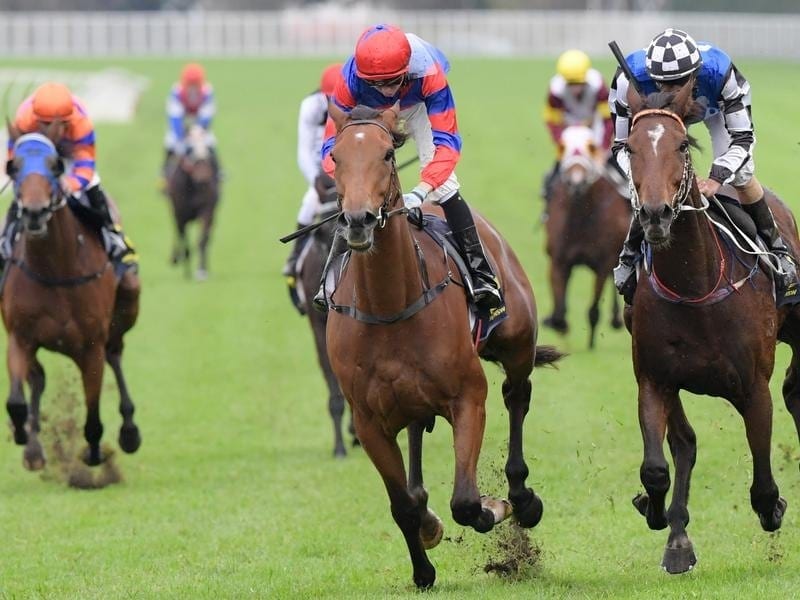 Plot Twist has retained his Stayer’s Cup crown at Randwick.

Winless in six starts since he the 2017 edition of the 3200m endurance test, Plot Twist persevered to lift Adkins’ spirits following the death of his grandfather Ron on Wednesday.

“I could tell someone was riding with me then to get him home,” Adkins said on Saturday as he savoured his first win over two miles.

Plot Twist ($7) shaded a willing duel with $2.50 favourite Doukhan to win by a short half-head.

Adkins was in the saddle when Plot Twist tailed the field in his previous run in the Listed McKell Cup, and was confident the six-year-old gelding could bounce back in favourable conditions.

“I made steady progress into the race. That’s what suits him, not a sit and sprint like last time,” he said.

“He had a beautiful run in transit, he was in a nice rhythm and once I approached the 800, I elected to put him into gear.”

“We always knew two miles was going to be his go and he doesn’t mind a wet track,” he said.

Snowden lamented the lack of suitable 3200m options for Plot Twist now and, in some respects, his relentless racing style.

“He’s just so dour. I wish he had a better turn of foot because we could aim a bit higher with him,” he said.