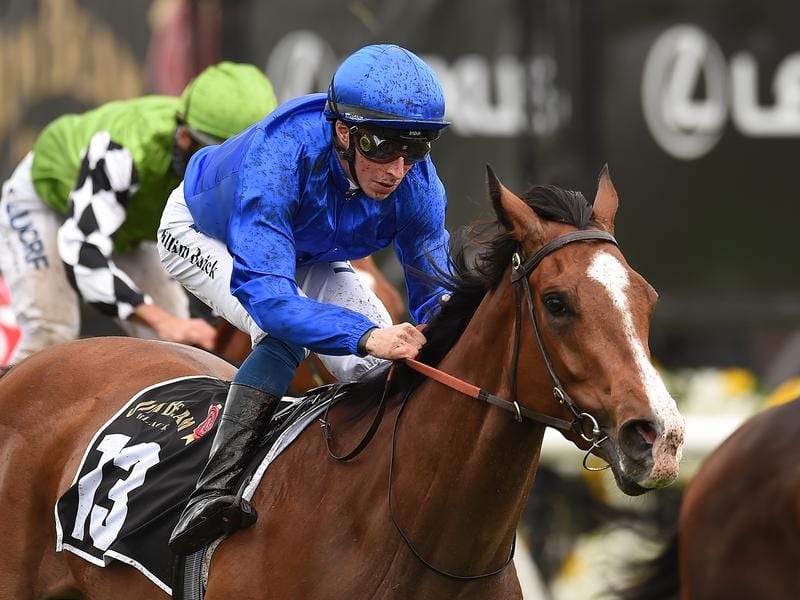 Godolphin’s Pohutukawa is seeking an overdue win in the Guy Walter Stakes at Randwick.

James Cummings is the first to admit it has been a while between wins for Pohutukawa but he is confident she can right that record at Randwick.

The mare’s last win was the Kembla Grange Classic almost 12 months ago, although she has run some superb races since.

She recorded close seconds in the Group One Tatt’s Tiara during the Brisbane winter carnival and the Group Two Blazer Stakes during the Melbourne spring.

After a closing first-up third behind Sweet Deal over 1200 metres in the Triscay Stakes, Pohutukawa gets a chance to exact revenge on that mare in Saturday’s Guy Walter Stakes (1400m).

“It’s been a while since she has won a race but we are confident that our patience will be rewarded.”

Cummings’ confidence stems not only from Pohutukawa’s return performance, but also her sizzling track work.

“If her gallop this week was any better, it would have been a waste,”he said.

Co-trainer Peter Snowden predicts an improved showing from Reelem In Ruby who finished unplaced in the Triscay after getting a long way back from a wide draw.

It was the first time the usually consistent mare had missed a place in 11 starts and Snowden said she would be much better suited in a smaller field and under the weight conditions of Saturday’s race.

“She was 20 lengths from the lead at one stage which made it impossible to win but to her credit, when you watch the race and how much ground she made up, there was a lot of merit to the run,” Snowden said.

Sweet Deal heads early markets for the Guy Walter Stakes at $2.90, ahead of Con Te Partiro while Pohutukawa and Reelem In Ruby share the third line of betting at $6.