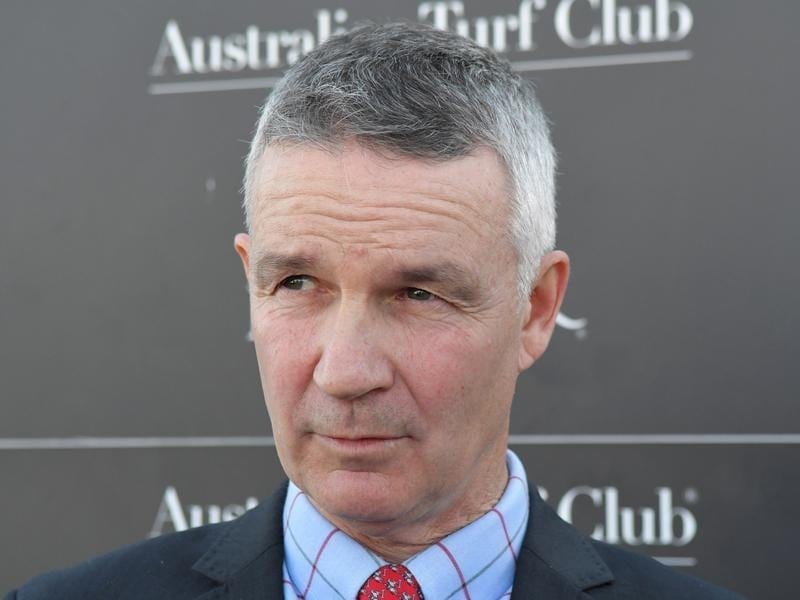 Matt Smith is likely to keep Plymouth Road at home and rely on Faraway Town for stakes success.

Trainer Matt Smith will wait until the last moment to decide if Plymouth Road steps up to stakes company in the Winter Cup at Rosehill, concerned the promising stayer is badly weighted in the Listed race.

While Smith believes Plymouth Road can eventually rise to Listed level, the last-start Randwick winner is getting just half a kilogram off the favourite Sayed who has 53.5kg in Saturday’s 2400m-race.

“He doesn’t have any real advantage over horses he should be getting weight from. Sayed is rated 93 and we are 76 and there’s just half a kilo difference so there is no advantage to us,” Smith said.

“I’ll wait until Saturday morning and see if there are any scratchings but he is probably better off waiting a week for the 2400-metre race at Randwick.

“The benchmark system doesn’t advantage Plymouth Road. It’s not a true handicap. He should have 49 or 50 kilos in a handicap.”

Veteran Destiny’s Kiss has 61kg with the Chris Waller-trained Sayed the second-highest weighted horse in the race.

Smith has already ruled Touch Of Mink out of the Sunshine Coast Guineas in Queensland leaving him with Faraway Town as his only feature runner in the Civic Stakes (1350m) at Rosehill.

“We decided not to send Touch Of Mink north with the heavy track up there,” he said.

“But Faraway Town will definitely run.”

A Group One placegetter at two in the ATC Sires’ Produce Stakes, Faraway Town raced at Randwick last Saturday, finishing third in the Winter Dash behind I Thought So and wet-track specialist Jungle Edge who is also backing up at Rosehill.

“Faraway Town is in great shape and has pulled up super from last week so she is ready to go,” Smith said.

“And Catmosphere will run in the 1500-metre benchmark race. His run at Warwick Farm two starts ago was very good.”

Catmosphere, the first foal from the Smith-trained stakes winner Combat Kitty, won at Kembla Grange on May 12 before running second to Thrilled at Warwick Farm on May 30.

He was crowded when his jockey Blake Spriggs took a run he was later suspended for at Kembla Grange on June 16 and finished unplaced as favourite.