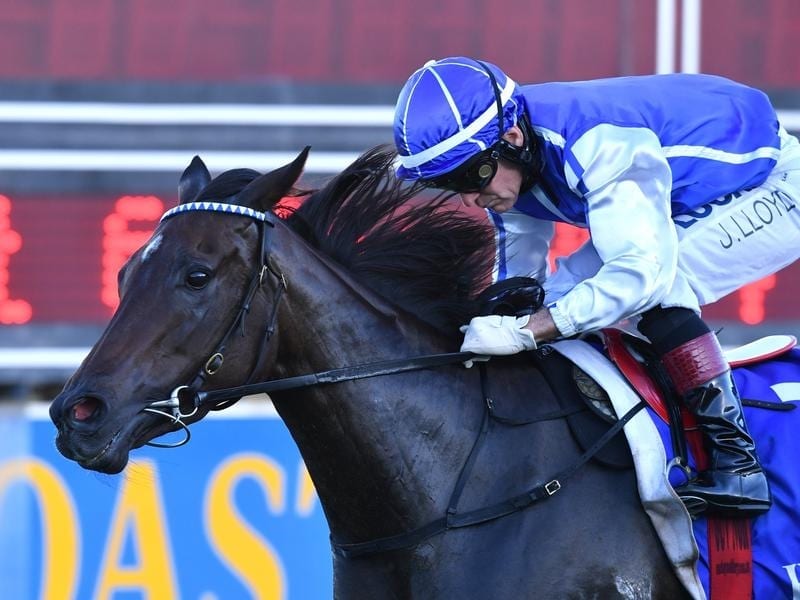 Trainer Toby Edmonds has freshened Plucky Girl and expects her to run well at Doomben.

Trainer Toby Edmonds is putting the finishing touches to star mare Houtzen’s overseas campaign but first he hopes to get another of his favourites, Plucky Girl, back in winning form at Doomben.

The 2017 Magic Millions 2YO Classic winner Houtzen will fly to England on March 27 to be prepared for the King’s Stand Stakes at Royal Ascot on June 18.

“My son and foreman Trent will accompany her and it is an exciting time for us all. I have been over and I am impressed with the travel and training facilities,” Edmonds said.

“Aquis Farm have now bought just about all of her and they were keen to go. If she races well in the King’s Stand we will look for some of the shorter races in England and France.”

Edmonds is keen to give Houtzen plenty of time to recover from the 28 hour-flight.

“She will probably have a trial over there but not here before she goes,” he said.

Houtzen was well beaten in the Magic Millions sprint at her last start six weeks ago but Edmonds felt the track was too hard.

Edmonds was at Caulfield on Saturday to see From Within run in the Oakleigh Plate but he will be at Doomben on Saturday to oversee Plucky Girls’s return in the Weddings At Tattersall’s Club Open Handicap (1200m).

Plucky Girl has been a consistent performer for the stable, winning seven races and being stakes placed but she failed to fire when ninth in a Listed race at Doomben in November when she resumed from a spell.

“She just didn’t come up last time. We took her blood and it just wasn’t right,” Edmonds said.

“So we turned her out and freshened her up. She has had a trial and a jump out so we are looking at her being back near her best.”

Edmonds said Plucky Girl would remain in Queensland for the time being.

“A race like the Weetwood in Toowoomba would be a nice one for her,” he said.

“At her best she really lives up to her name and I hope we see that again on Saturday.”