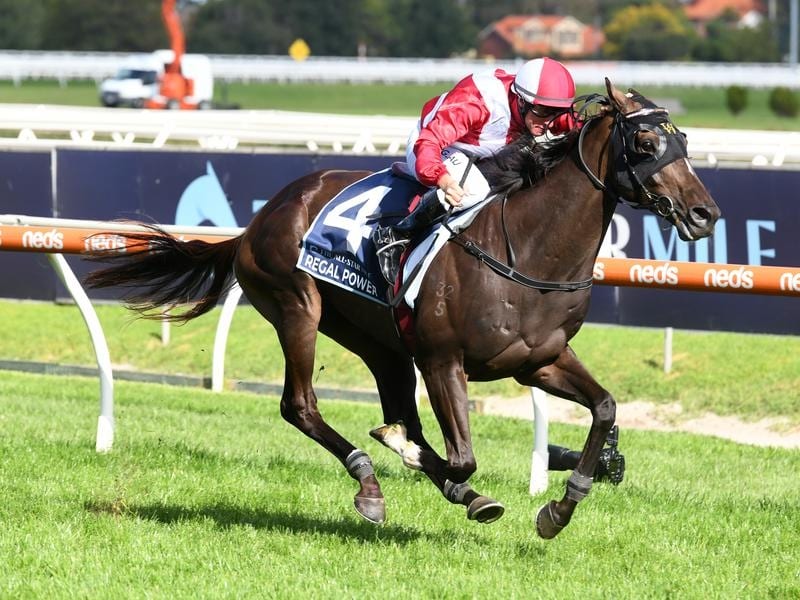 Perth’s number one racehorse owner Bob Peters will kick-off his unprecedented attack on the Melbourne spring carnival with two starters in the Group Two P B Lawrence Stakes at Caulfield in Regal Power and Arcadia Queen.

He will also unveil another much vaunted raider in Showmanship in a 1400m benchmark race on Saturday.

Peters has approached this spring differently by leaving his horses under the care of Grant and Alana Williams, rather than send them to an eastern state trainer.

Grant Williams is supervising the team, which also includes another three horses who are being set for Group One races – Windstorm, Superstorm and Perfect Jewel.

Peters said his team have been in Victoria for a month.

He felt that both horses in the Lawrence Stakes (1400m) would take improvement from the run but added Regal Power was the more forward of his pair.

Regal Power hasn’t started since winning the All-Star Mile over 1600m at Caulfield a week after he finished second in the Australian Cup.

Perth’s top rider Willie Pike has relocated to Victoria for the spring and after serving two weeks in quarantine he can ride at Caulfield and will be on Regal Power.

“Regal Power is much fitter than Arcadia Queen as he only had four weeks in the paddock,” Peters said.

“Arcadia Queen came back in May but she had to have several months out to recover from her injuries she suffered last spring.”

Arcadia Queen won six of her first seven starts but has not raced since she finished fifth in the Golden Eagle at Rosehill in November.

“I want to see her return to the races. She also suffered a setback with a bruised hoof and is a little bit behind Regal Power,” Peters said.

“Regal Power has a lot of positives. He’s been around Caulfield, which Arcadia Queen hasn’t, and he’s had an uninterrupted preparation.”

Showmanship has won five of his six starts including his past four.

Peters said they chose to run him in a benchmark race in preference to the Listed Regal Roller Stakes as if he won the latter, his ratings would have gone up too quickly.

“As a result he has a little bit of weight and I would have preferred him over 1200 metres than 1400 metres but he should run well,” Peters said.