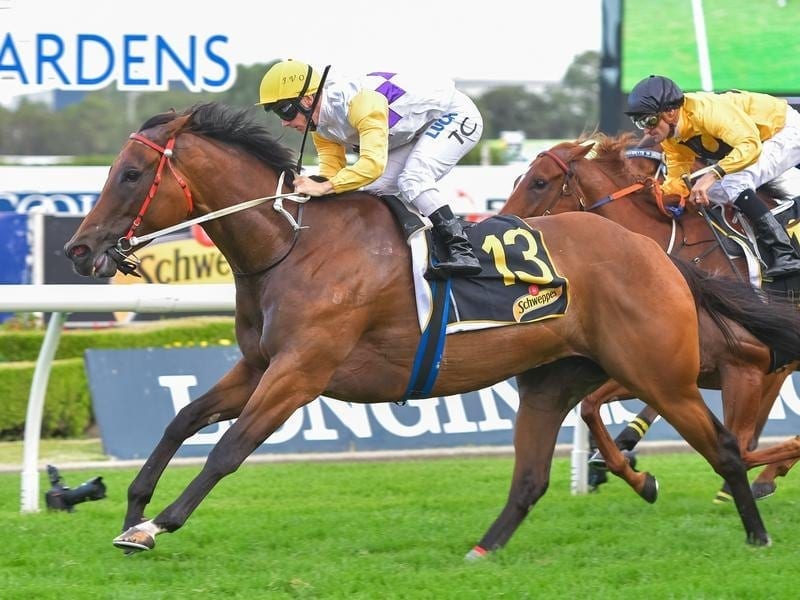 Perizada will look to add to her nine career wins in Saturday’s June Stakes.

Undeterred by a permanent screw in one of her knees, Perizada continues to knuckle down as retirement looms.

The six-year-old mare will strive to extend her impressive record for Canberra trainers Ron Weston and John Nisbet in Saturday’s Listed June Stakes (1100m) at Randwick.

Adding to nine career wins would be a highlight for the partnership as Perizada races deep into probably her last season.

She’s been astutely placed by the duo.

However Nisbet accepts Perizada’s race has almost run as she approaches her 25th career start.

“I’d say she’ll pull up at the end of this racing season. The owners (Eric Phillips and Al Burics) are probably keen on selling her.

“I think that’s sensible, she’s probably got herself to the mark she’s going to get to.”

Perizada has done remarkably well since undergoing knee surgery during a long lay-off between May 2015 and June 2016.

“Touch wood we’ve had no issues with her knees for a while. She’s still got soft feet and tends to bruise up on one of them a bit,” Nisbet said.

“She’s had a lot of problems but as long as we keep her happy she’s that genuine she always aims up.”

Difficult to place back home due to her country rating, Perizada had acquitted herself well in Sydney in seven of nine starts this campaign.

“She’s obviously our best horse. She’s very head strong around the stable but she’s a beauty. I don’t know where we’ll dig up another one like her,” Nisbet said.

A capacity field of 14 plus three emergencies was confirmed on Wednesday.

Perizada drew barrier 14 but can move in two slots if Once More A Lady and Realise Potential are not required.