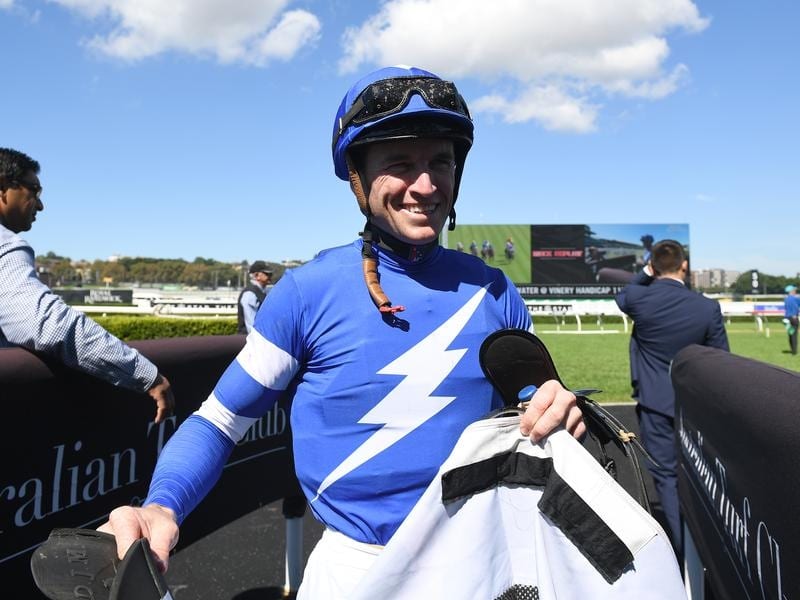 Josh Parr will be out to make the most of a late call-up to ride Bivouac in the Run To The Rose.

A fortuitous pick-up ride might just prove the turning point in Josh Parr’s season as the jockey bids to regain momentum after injury.

Parr will ride Bivouac for Godolphin in the Group Two Run To The Rose (1200m), gifted the plum mount when Hugh Bowman broke a finger at trackwork on Tuesday, ruling him out of Saturday’s Rosehill meeting.

Parr, who is chasing his first city win since his comeback, knows first hand the disappointment injury can wreak.

He was in form and on track for his best result in a Sydney jockeys’ premiership when he suffered a medial tear to his right knee in a post-race tumble at Warwick Farm in June, an injury that sidelined him for more than two months.

“It was horrible timing. I was having my best season to date and I was really disappointed I wasn’t able to ride the final two months” Parr said.

“I think I could have set a personal best with my position on the metropolitan table.

“But the fitter I’m getting, the better it feels and I’m pretty close to 100 per cent now.”

Bivouac is on the second line of betting for both the Run To The Rose and the Group One Golden Rose and is expected to appreciate a firmer surface after finishing runner-up to Exceedance on a heavy track in the San Domenico Stakes.

Importantly, the horse will provide Parr with an opportunity to remind the powerful Godolphin operation of his talent.

“I’m excited about this booking. I had a little bit of luck with Hughie becoming indisposed and me obtaining his ride, but he’s one of the main chances in the race,” Parr said.

“I have had a lot of luck with Godolphin and I was riding a lot for them just prior to my injury so I’m looking to get back in the winner’s circle nice and quick for them.”

Parr is also the regular rider of Group One winner Castelvecchio but with a prior booking for Shadow Hero in the Listed Dulcify Quality (1500m), the jockey finds himself riding against the Richard Litt-trained colt for the first time on Saturday.

Shadow Hero is on a path towards the Spring Champion Stakes and Victoria Derby but he was competitive over a similar distance on debut when he beat home subsequent J J Atkins winner Prince Fawaz at Newcastle before claiming a stakes race win during the Brisbane winter.

“He did that in his first preparation which is often a good sign the horse is above average,” Parr said.