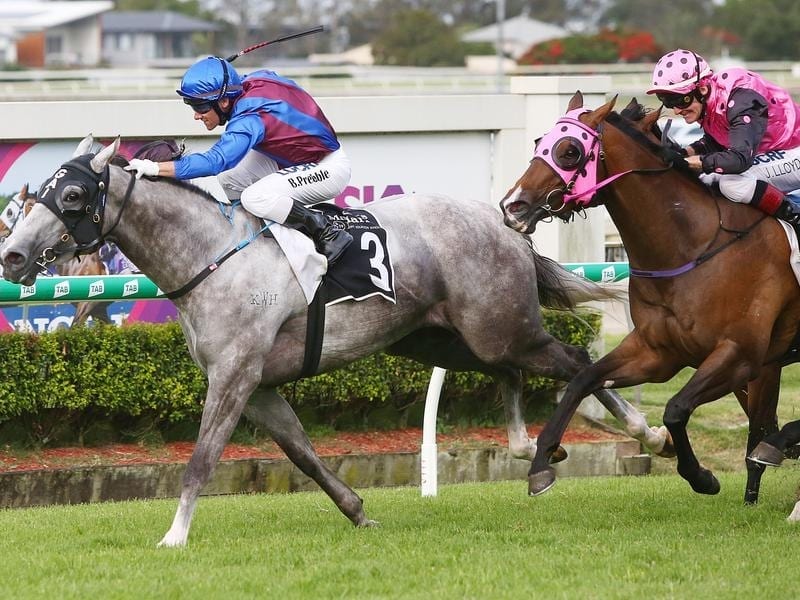 Our Crown Mistress has added the Just Now Fillies & Mares Quality to her black-type resume.

Prebble, who counts the 2012 Melbourne Cup on Green Moon among his many victories, was in Brisbane for the Origin Jockeys Series.

He won a heat of the series on Friday and made it an extra good trip aboard Our Crown Mistress ($5.50).

The Just Now was expected to be run at a frantic pace but instead Prebble was able to jump Our Crown Mistress from a wide barrier and bowl along in front at a slow pace.

In the straight Our Crown Mistress was able to kick on to beat Stella Victoria ($2.70) by a long neck with a head to Femme Fireball ($4).

“I was able to get out and let her find her feet and nothing really wanted to challenge her early,” Prebble said.

“She is an honest mare and deserved that win.”

The Gai Waterhouse-Adrian Bott training partnership sent Our Crown Mistress north in search of black-type and she is likely to stay on during the summer carnival.

It was her fifth win and her second in stakes company.

Stella Victoria and Femme Fireball both were unsuited by the slow early pace and will press on into the summer.

Meanwhile, trainer Toby Edmonds is hoping to qualify Cadogan for the Magic Millions Cup after his second win in a row at Doomben.

Cadogan charged home late for an easy win in the Cascade Handicap (1350m) to lift his prize money to more than $200,000.

“He will need a bit more to make the Millions Cup but that is the way connections would like to head,” Edmonds said.

“We have him going well now and he will probably need to pick up another win to make the field.”