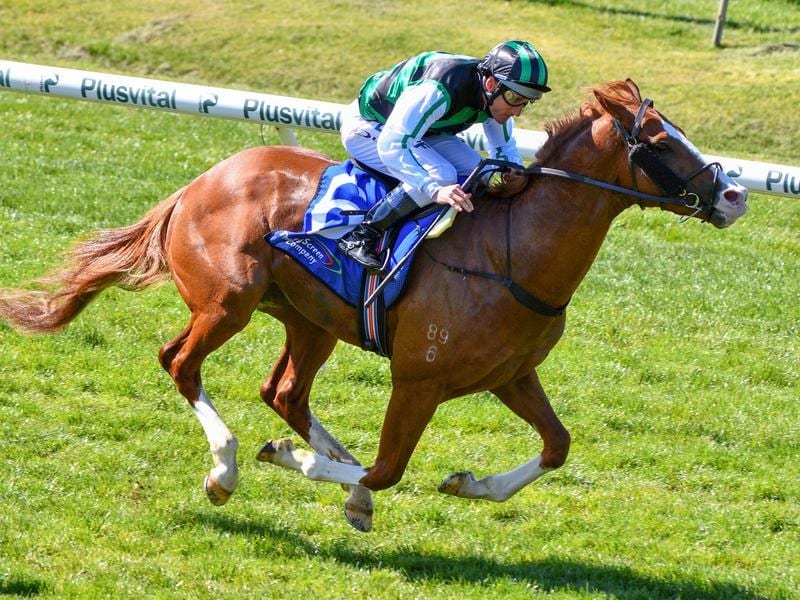 Serious Liaison has formed part of a Bendigo treble for Danny O’Brien and Damien Oliver.

Trainer Danny O’Brien and jockey Damien Oliver have combined for the perfect afternoon with three winners from as many runners at Bendigo.

O’Brien and Oliver kicked off Wednesday’s metropolitan-graded meeting with the success of Order Of Fury in the Jayco Maiden Plate.

They then combined to win the Reece Maiden Plate with Serious Liaison before Miami Bound won the Avis Bendigo Cars and Trucks Handicap.

The treble pushed Oliver into a share of the lead in the jockeys’ premiership with Ben Melham while O’Brien moved to second place on the trainers’ list behind the Lindsay Park stable of David and Ben Hayes and Tom Dabernig.

Both O’Brien and Oliver liked the victory of Miami Bound who is headed towards bigger spring races, holding a nomination for next month’s Thousand Guineas at Caulfield.

Miami Bound is a daughter of Arapaho Miss, victorious in the 2007 VRC Oaks for Pat Carey, and was a $120,000 yearling purchase.

“She’s a filly we’ve had a good opinion of and we bought her with the spring staying races in mind,” O’Brien told racing.com.

“She’s had a lovely progression. She only had the one run as a two-year-old and has come back as a three-year-old where first-up she was terrific and was again really good today.

“She got herself out of a tricky spot and put the race away quickly.”

Oliver said he was undecided whether to ride Miami Bound forward or back.

“She’s got a nice turn of foot which is a nice attribute to have and is a really nice filly going forward,” Oliver said.

“Although she looks like she’s going to stay, she’s not a one-pacer, she’s certainly got some acceleration which is a good sign.”