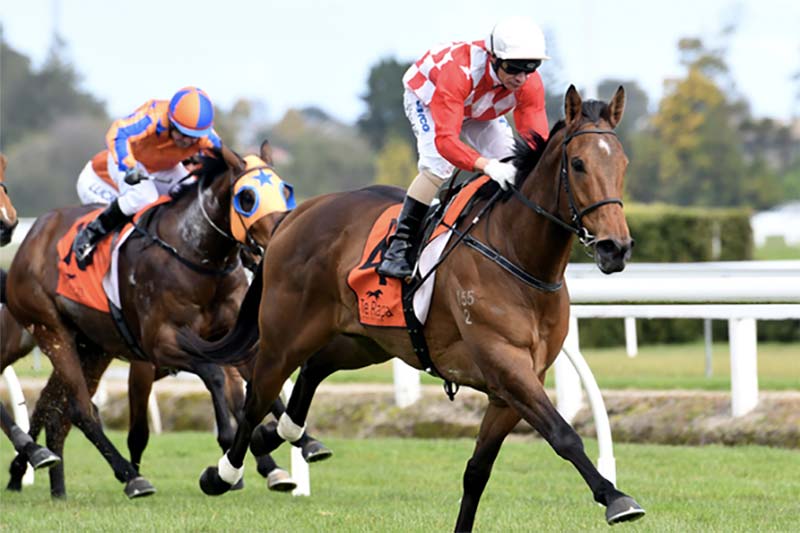 HIGHLY rated galloper Killarney could be in for a lucrative season if all things go according to plan for trainer Roger James.

James believes the horse is a solitary victory away from fighting it out for group glory.

“He’s come back really well. He’s probably a win away from being set for something significant here,” James said.

A son of O’Reilly, Killarney has fashioned the tidy record of four wins and two seconds from its seven appearances.

Meanwhile, the talented youngster Hanger is also closing in on his seasonal return.

Also by O’Reilly, the gelding only made one appearance last term and finished third in the Listed Reid Harrison Slipper at Matamata behind the subsequent Group One winner Summer Passage.

“He’s a smart horse and he’s about three weeks away,” James said.

Trainer’s judgement on the money

Cambridge trainer Craig Phelan has always had a high opinion of three-year-old Notabadcraftsman and the gelding repaid the faith on Wednesday after recording a debut win at Tauranga.

Phelan has lofty expectations for the horse following the strong maiden performance.

“He could be a bit special,” he said.

“He’ll go over more ground and who knows, he could be a Derby horse.”

Notabadcraftsman was ridden by Jason Waddell, who was also aboard the gelding when second in a recent trial, and they won the STE Industrial Electrical 1200 in dominant fashion.

McKay makes most of Foxton opportunities

McKay was present to ride several horses at the behest of Wanganui trainer Raymond Connors, and the jockey took the opportunity to also partner Ophelia Lee, which he piloted to two wins last season, and Earl’s Court for David and Emma Haworth.

Both horses finished in behind the major players in their 1000m heats.

Cambridge trainer Shane Crawford will present strong winning chances at New Plymouth on Saturday, and the trainer is confident of taking home the winner’s cheque.

Crawford scratched Swiss Military from Tauranga on Wednesday to run him in the ITM Toolware 1200.

Swiss Military will be ridden by Troy Harris, who will again take the reins on the unbeaten stablemate Manhattan Flame in the ITM Firth Dricon SC 1400.

The four-year-old won races at Woodville and Pukekohe in June and was freshened before a victory at New Plymouth last month.

Luen Yat Miracle will also represent the stable in the ITM Makita 1600 and he is also a past winner on the Taranaki circuit.