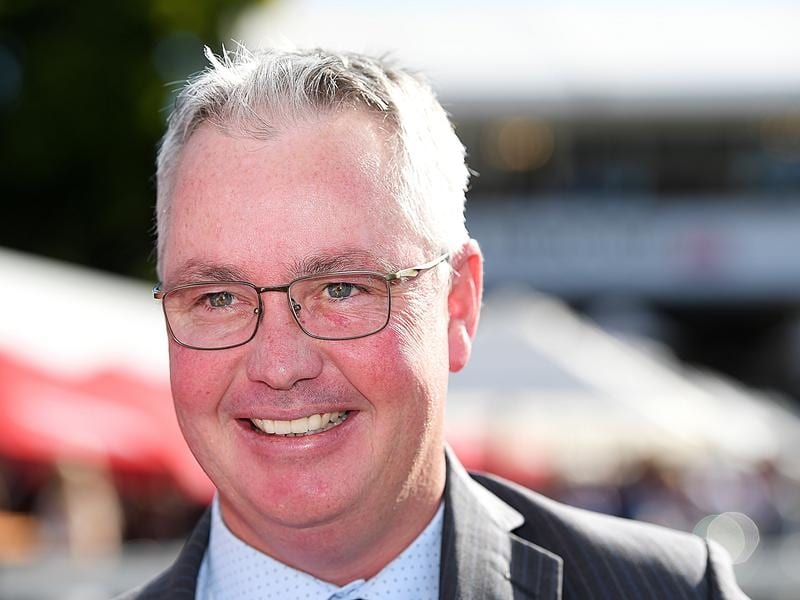 New Zealand Derby winner Sherwood Forest will be out to stamp his credentials for the Australian equivalent when he makes his Sydney debut in the Group One Rosehill Guineas.

And trainer Tony Pike believes if Sherwood Forest’s rivals have a hard time beating him over 2000m on Saturday, he will be an even bigger force in the Australian Derby (2400m) at Randwick on April 4.

“If he can run top five on Saturday from that gate (13) he’s going to be very, very hard to beat in the Derby over a mile-and-a-half,” Pike said.

Sherwood Forest travelled from New Zealand earlier this week and is being looked after in Sydney by Pike’s assistant Chris McNab who arrived before coronavirus travel restrictions kicked in.

“He’s travelled over in good order and Chris is pretty happy with the way he’s settled in.

“We’re looking forward to Saturday. The barrier draw is going to be a bit tricky from that 2000-metre start but he normally rolls forward.

“We’ll just have a look at the speed in the race.

“The 2000 metres could possibly be a touch sharp for him if it’s a sit-and-sprint affair. He really needs a good even tempo at 2000 metres but he’ll run well and his main target is the ATC Derby.

“He’s a real staying three-year-old and the mile and a half at Randwick is going to really suit but as long as they roll along on Saturday he’s a genuine each-way chance.”

New Zealand-trained three-year-olds have won four of the past nine Rosehill Guineas, with 2017 winner Gingernuts the most recent.

Pike believes 1500m will be ideal for The Bostonian second-up.

“It’s all pretty positive for him going into the race,” he said.

“The biggest problem is if Te Akau Shark turns up in his best form, he’s going to be very hard to beat. He’s a horse I’ve followed closely from New Zealand and he’s probably as good a horse as we’ve had go to Australia for a while.

“It’s going to be an intriguing race but The Bostonian is flying and he’ll be in the race for a long way.”