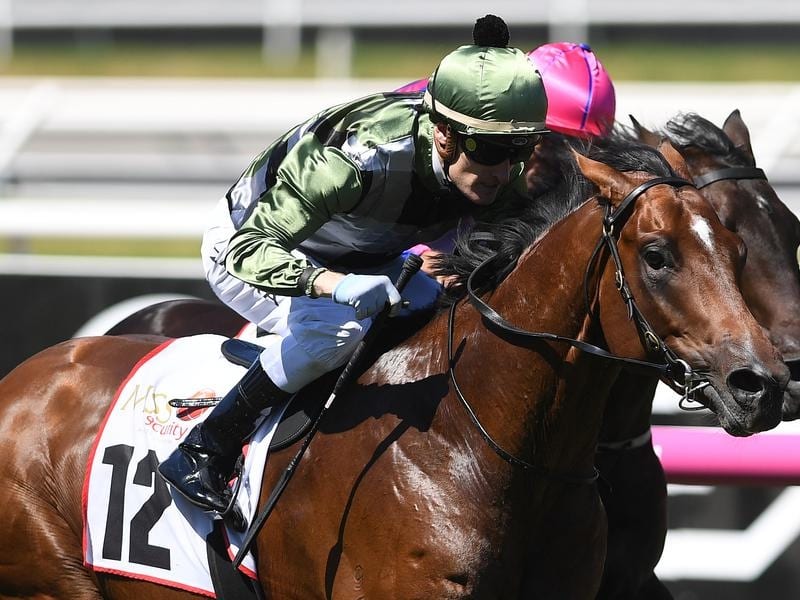 Not A Single Cent is set to run better race in the Queensland Derby than his long odds indicate.

Not A Single Cent is among the outsiders for the Queensland Derby but his co-trainer David Eustace believes the gelding is poised to run better than his odds suggest in the Group One race.

A half-brother to one of Australian racing’s most popular horses, multiple Group One winner Happy Clapper, Not A Single Cent’s only victory from 10 starts has come in the Group Two VRC Sires’ Produce Stakes as a two-year-old in his second career outing.

After a disappointing spring, Not A Single Cent was gelded and he pressed his claims for Saturday’s Queensland Derby (2400m) at Eagle Farm with a last-start third over 2000m at Flemington in the second start of his current campaign.

The Matt Cumani-trained Declares War, the winner of that Flemington race, is among his Derby rivals on Saturday.

“I don’t mind his draw. He’s drawn in the middle which I think is right for him and I thought his last run was very encouraging the way he kept working to the line.

“So I think he is now looking for the 2400 metres and he just could a bit of a smokey.”

Michael Thomas, who races Happy Clapper, is part of Not A Single Cent’s ownership group.

Savvy Oak is also at long odds with the Chris Waller-trained Nobu the TAB’s $4.40 favourite.

One thing Savvy Oak has on his side is experience at the distance as he lines up in his third Derby.

Trainer by Trent Busuttin and Natalie Young, Savvy Oak was unplaced in the Victoria Derby (2500m) in the spring but finished second to Qafila in last month’s South Australian Derby, also over 2500m.

“He was always going to improve in the autumn, as most of them do,” Busuttin said.

“He’s finally settling down. He has got a few traits and is a bit quirky, but he’s starting to settle down and is learning what it’s all about now.”