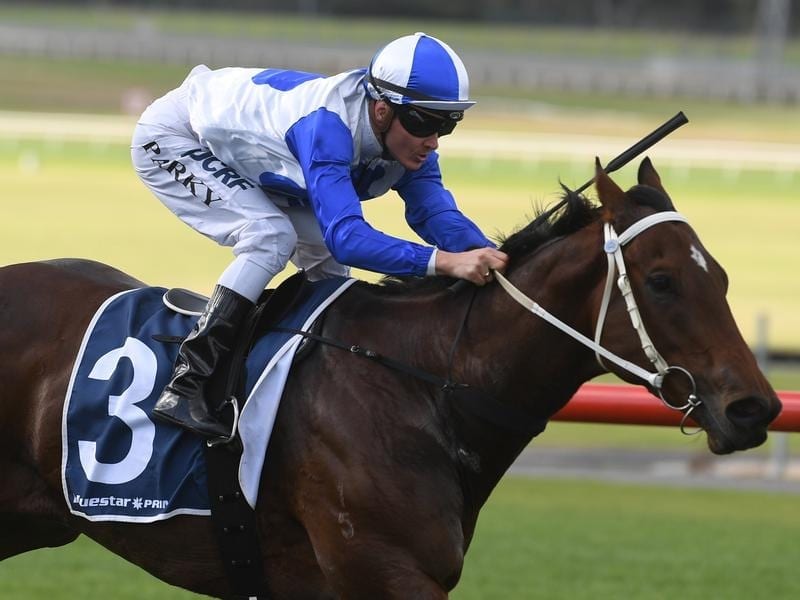 Unbeaten Not Enough Effort has figured in a change of plans to continue his campaign at Flemington.

A fear of injury in the spelling paddock has resulted in Sharyn Trolove extending the campaign of Not Enough Effort to Flemington.

Trolove had intended giving Not Enough Effort a well-earned break following his latest Sandown victory which extended his unbeaten sequence to three.

But the three-year-old bounced out of that Sandown win so well Trolove was forced to run in Saturday’s Furphy Ale Plate.

“My intention was to spell him straight after he last raced,” Trolove said.

“But he came home and had pulled-up that well that I was too scared to put him out in the paddock because I reckon he would have hurt himself.”

It will be 17 days since Not Enough Effort last raced and Trolove said the gelding hasn’t required a lot of work since the Sandown win.

“He loves his work so he does go to the track to keep his routine,” Trolove said.

“Ideally I would like to give him a break before the spring and I’m hoping that will be after Saturday, but it’s dependent on what he does when he gets home.”

Trolove is chasing her first Flemington victory with the closest she’s come to success at the track being with God Help Her in January 2012.

But Trolove said Not Enough Effort was in a different class, however she did acknowledge racing up the straight for the first time was a concern.

“There’s some very smart horses in there but I am confident the horse is so well in himself, he’ll go out and run a good race,” Trolove said.

“He’s dropping in weight which is a bonus, but I think the biggest concern is, while I’m happy with him having barrier two, is his race is at the end of the day.

“It will depend on whether they want to be getting off the rail and towards the outside of the track.”

In an open betting race, Not Enough Effort is rated the $7 second favourite with the Mick Price-trained filly Anjana the market leader at $5.50.