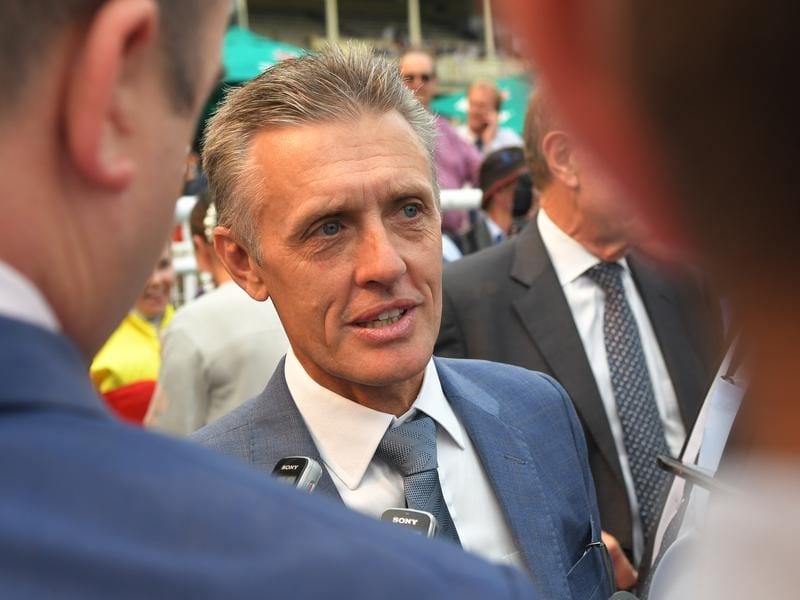 Trainer Mark Newnham will split his two-year-old fillies between states with Mrs Maisel staying in Sydney while Panna Cotta has arrived in Brisbane for a stakes race opportunity.

Listed-placed behind the unbeaten Macroura last start, Panna Cotta has been scratched from Rosehill and will get another chance in black-type company in Saturday’s Bill Carter Stakes (1110m) at Doomben.

Newnham has taken a longer-term view in sending Panna Cotta north as he seeks to boost her prize money for future carnivals.

“It builds a good base for the spring and it also allows them to get a bit more prize money so in the springtime she is already qualified for a lot of races,” Newnham said.

“She ran third the other day in a Listed race and she’s still got improvement to come.”

Panna Cotta arrived in Queensland on Thursday, along with stablemate Celestial Falls who contests the Listed Pam O’Neill Stakes (1600m) on her way to The Roses in two weeks.

Mrs Maisel is set to fly the flag in the Darley 2YO Handicap (1100m) at Rosehill, although Newnham will have a more in-depth look at the race before making a final decision on a start.

The filly has the outside gate in a field reduced to nine after the scratchings of Panna Cotta and the Chris Waller-trained September Run, who also heads to Brisbane.

“It’s an awkward draw so I will see how she maps. There seems to be a lot of speed drawn wide so I think she’d have to go back to get in,” Newnham said.

Like Newnham, Waller said the chance to earn black-type in Queensland had tempted him north with September Run, an impressive last-start winner at Canterbury.

“She has always shown us promise and I like the way she burst through to win first up,” Waller said.