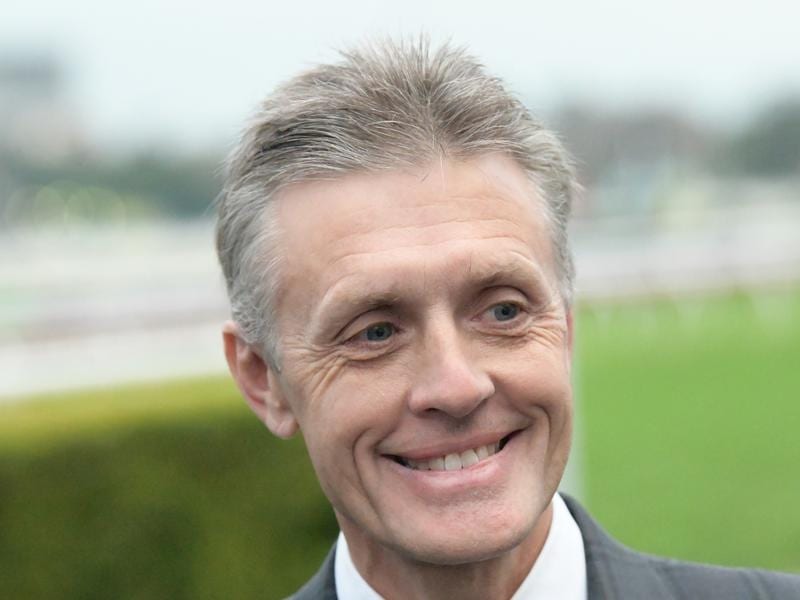 Trainer Mark Newnham has had his best season yet and hopes it continues at Rosehill.

Victorian Racing officials might not like Racing NSW’s recent spring carnival initiatives, but trainer Mark Newnham is convinced the competition will benefit the sport.

As the in-form Newnham prepares to saddle up a trio of talented horses at Rosehill on Saturday, he has thrown his support behind the revitalisation and expansion of the Sydney spring, despite the resultant clash with some of Melbourne’s premier races.

“It’s all very well having an $8 million Melbourne Cup but to the average Australian now, that’s not really achievable. That money is more than likely going offshore,” Newnham said.

“It’s very difficult for an Australian now to even have a (Melbourne Cup) runner, so a whole lot of these new races with big prize money are probably more within reach of an average Australian owner.

Newnham will be chasing lesser targets at Rosehill on Saturday but his three runners all shape as strong contenders, among them youngster Blazing Miss in the Australian Turf Club Handicap (1100m).

The trainer had a red letter day with his juveniles two weeks ago when he won successive races in Brisbane with Shadow Hero and Diamond Thunder, as well as snaring the two-year-old race in Sydney with Splintex.

Blazing Miss will fly the flag on Saturday and after breaking her maiden last start following a string of placings behind quality youngsters including Cosmic Force and Tenley, Newnham hopes she can go on with the job.

“It was good to see her tough it out and put her head in front.

“I never thought she wasn’t genuine. I just thought she needed a kill, for her confidence and ours.”

Stablemate Quackerjack will be striving for his third win this campaign when he backs up from a Randwick victory last weekend into the TAB.com.au Handicap (1800), while Sweet Victory looks well placed in the TAB Rewards Hcp (1500m) following her eye-catching first-up fourth over 1200m last month.

While all three of Newnham’s horses have claims, he regards Quackerjack as his best chance but has a proviso on a start.

Jockey Josh Parr is nursing a knee injury from an incident at Warwick Farm on Wednesday and Newnham said Quackerjack may not start if his rider is unavailable.

“We may have to re-think what we do if Josh isn’t available,” Newnham said.

“Josh has been a really big part of the stable this season.

“We are in the top 10 metropolitan trainers and Josh has ridden a lot of those winners.”

Newnham added Quackerjack was not an easy horse to ride but Parr had the key to him.