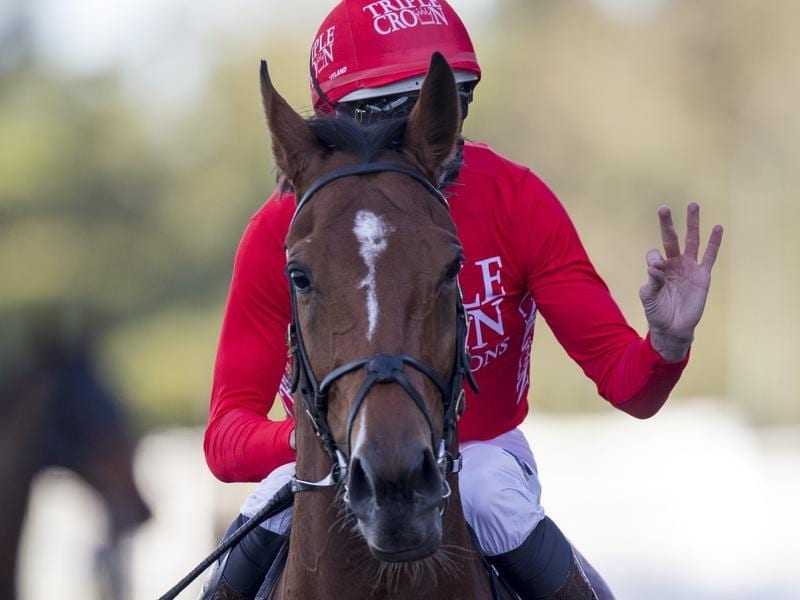 Trainer Tony Gollan has started another Brisbane summer carnival in great fashion and the addition of two high-quality horses to his team gives him a chance to continue his domination.

Gollan has trained 14 winners in November including four at Doomben last Saturday when Most Important won the Listed Keith Noud Stakes.

It was Gollan’s 17th feature winner during the Brisbane summer in the past five years.

He is giving Gold Symphony a great chance of adding to that list by returning to the form which saw him win the Group Three Vain Stakes, Group Three McNeil Stakes, Listed Canberra National Stakes and Listed Civic Stakes as a younger horse.

Gold Symphony was sent north from the Peter and Paul Snowden camp after some below-par form in the Sydney winter.

He has pleased Gollan who believes Gold Symphony has relished the Brisbane weather.

“He has really come along in the past two to three weeks,” Gollan said.

“I am very pleased with him. I had a good talk with the Snowdens and we agreed he was better off starting this campaign at 1350 metres rather than 1200 metres.”

Coldstone won four races in France on the major tracks of Chantilly and Longchamp and was brought to Australia as a 1600m horse where as won twice.

He campaigned up to a middle distance for Victorian trainer Michael Kent in the Brisbane winter, finishing last in the Tattersall’s Cup at his most recent run.

“I haven’t mapped out a definite plan for him but he won’t be going much past 1600 metres,” Gollan said.

“He has surprised me with his turn of foot here. He jumped out well over 800 metes and then 1000 metres.

“Don’t be shocked if he runs a big race on Saturday.”

Sheiswhatsheis has been an honest performer for Gollan, winning eight races.

She had a solid hit-out on Tuesday, finishing second in a Doomben 1000m barrier trial.

“She always lives up to her name as you know what you will get from her. She will bowl along up on the pace,” Gollan said.