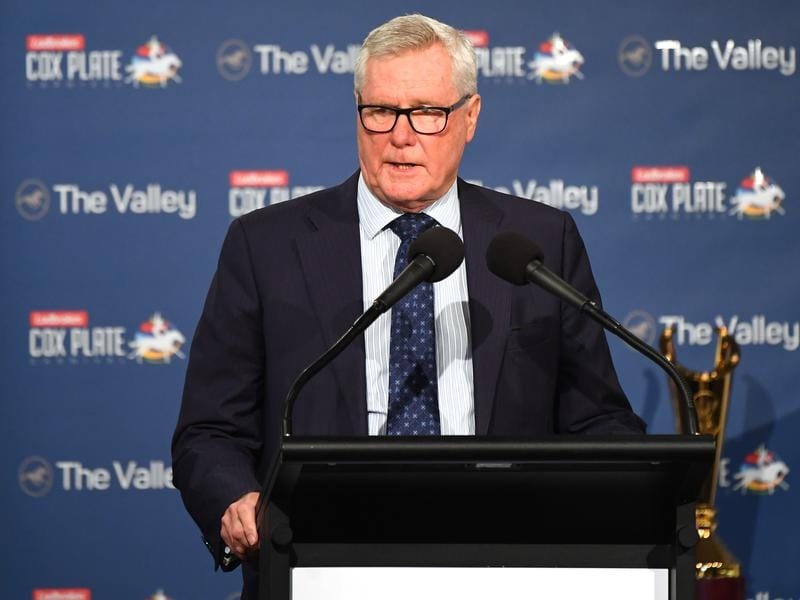 MVRC chairman Don Casboult admits it was not an easy task to choose the 14-horse Cox Plate field.

The committee of the Moonee Valley Racing Club has agonised over the composition of the final field for the Cox Plate before settling on the 14 runners.

Club chairman Don Casboult said there were a number of different scenarios the committee considered when 18 horses were paid up for Saturday’s $5 million race.

The choice to have Humidor and Mr Quickie as first and second emergencies while putting Te Akau Shark and Castelvecchio into the field was the most difficult.

It is the first time the Cox Plate has had emergencies since 2013 when three-year-old Shamus Award was named as the reserve.

Casboult said some of the members had met on Monday afternoon before the full committee took advice from Racing Victoria’s Greg Carpenter and Paul Bloodworth after acceptances were taken.

“We did a complete review of the horses and the acceptances and I think we’ve got to a pretty good spot,” Casboult said.

He admitted the decision to leave Humidor out was tough after the gelding finished second and third respectively behind Winx in 2017 and 2018.

“Humidor, we had a lot of conversation about, because he’s been such a wonderful Cox Plate horse,” Casboult said.

“He’s come back from injury this year but his rating has dropped from 113.

“He’s had four starts this year and hasn’t placed, so it’s fair to say his performances have been a little disappointing.

“Then there were some progressive horses in Te Akau Shark and Castelvecchio.

“I think over the years when we get the progressive horses into our great race it really does give a different element to the race and often they are successful.”

The now-retired Winx won the past four Cox Plates with her trainer Chris Waller to saddle up two runners, Kings Will Dream and Verry Elleegant.