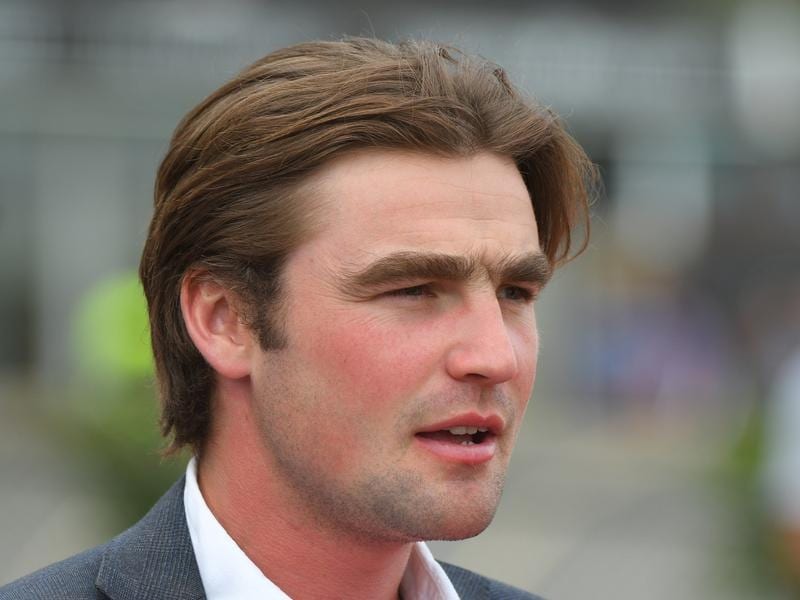 One of the early favourites for the Blue Diamond Stakes has finished strongly in a Rosehill barrier trial as she prepares for her race return.

Muntaseera was an impressive winner at Rosehill on November 30 at her second start after a stakes placing in Melbourne on debut.

The two-year-old filly made her first public appearance since her Rosehill win in a 900m-trial on Tuesday.

With visiting English jockey Tom Marquand aboard, Muntaseera did her best work late to finish second to unraced Superbellaa.

Muntaseera is one of five two-year-olds at the head of the TAB’s early market for the $1.5 million Group One Blue Diamond (1200m) at Caulfield on February 22.

Ciaron Maher’s training partner David Eustace said Muntaseera was one of several youngsters the stable was aiming at the Blue Diamond.

“I’ve spoken to the boss and he was very happy with her,” Eustace said.

“He said she had a decent blow. She’s right on track.

“Her target is the Diamond and she may well have a run in Sydney and then come down for the race.

“That’s the most likely scenario at the moment.”

“We should have a few runners.

“Rathlin will go there, so will Tanker and Ideas Man at this stage.”

Recent Flemington winner A Beautiful Night is another of the stable’s juveniles who will be given the chance to earn a tilt at the Blue Diamond.

Maher and Eustace won the first big juvenile race of 2020 at the Gold Coast on Saturday when filly Away Game powered home in the $2 million Magic Millions Classic in which Rathlin was sixth.

Away Game has come through the race well and will have a short freshen-up with a view to a Golden Slipper campaign.