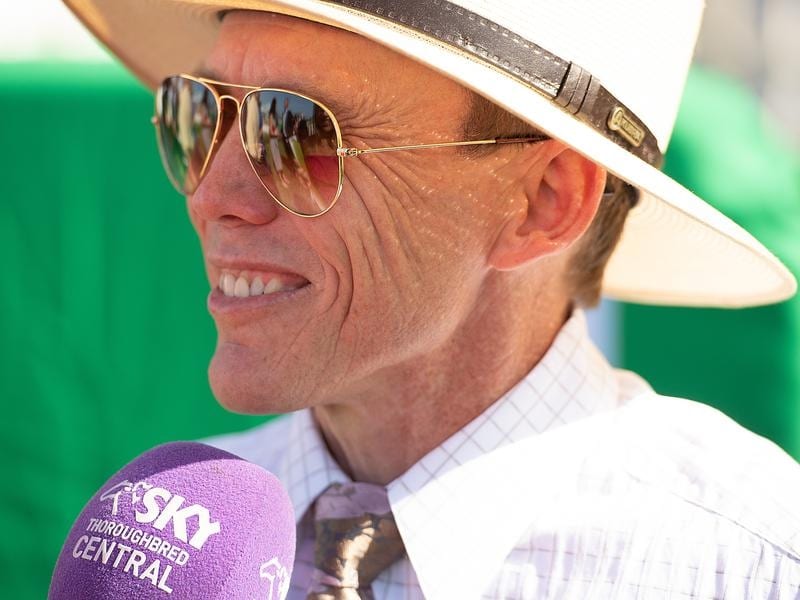 Chris Munce is looking to Smart Meteor to give him a first Grand Prix Stakes as a jockey or trainer.

There are few feature races in Queensland that Chris Munce has not won in his 33 years as a jockey and trainer.

He gets the chance to add one of the few to have eluded him when Smart Meteor tackles the Group Three Grand Prix Stakes (2206m) at Eagle Farm on Saturday.

Munce is one of a select group of riders to win all four major races on the Australian calendar – the Golden Slipper, Cox Plate, Caulfield Cup and Melbourne Cup.

He has won 10 feature races in Queensland during his four years as a trainer.

“It may have been moved to the summer but a lot of really top class horses have won it so naturally I would love to win it.”

Smart Meteor has won his past two starts, including a heat of the Eagle Way Series (2000m), with powerful finishes.

The gelding is not bred along traditional staying lines as he is by former top sprinter Smart Missile out of Tempting Lady who is by another noted sire of speed horses, Northern Meteor.

Munce picked up Smart Meteor for $50,000 at the Inglis Classic Yearling Sales as a possible Group sprinter but the gelding has always shown he wanted at least 1600m to do his best.

The trainer believes Smart Meteor’s class offsets the apparent lack of stamina in his pedigree.

“This bloke is a pretty good horse. I have always felt these young horses can be very competitive against their own age group as stayers,” he said.

“Often they struggle against older horses over a distance but not against their own age.

“Their class carries them through.”

Munce will use Saturday’s race as a guide for future plans for Smart Meteor.

“Let’s see if he can stay before we start thinking of the Derby races,” he said.

Munce has shown faith in his apprentice Justin Huxtable by retaining him for the Grand Prix ride.

Huxtable has ridden Smart Meteor at both his recent wins.

The former South Australian apprentice has gradually been building a following since joining Munce two months ago.

Munce will have at least one runner in the Magic Millions 2YO Classic after Kavak ran second in the Listed Phelan Ready Stakes on Wednesday.

The prize money for second lifted Kavak into the safety area for a start in the Millions Classic.

Munce won the race three times as a jockey and has had three runners in the race so far.